Steenson Steps Aside as “Anglican” Ordinary

Steenson Steps Aside as “Anglican” Ordinary 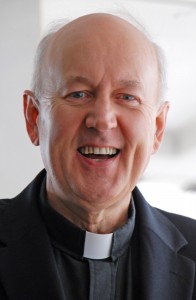 For those who are interested in the development of the so called Anglican Ordinariate (properly known as the Ordinariate of the Chair of St Peter) the best summary of what is going on is here.

The first inkling that there was anything afoot at the Personal Ordinariate of the Chair of St. Peter came Tuesday morning when an email popped up stating: “Pope Francis Names First Bishop to Lead Catholics Nurtured in the Anglican Tradition.”

The surprising missive also noted there was to be a live midmorning news conference scheduled to take place at the Houston-based Chancery with a follow up call-in telenews conference at noon to introduce Monsignor Steven Lopes as Pope Francis’ choice be the American Ordinariate’s first bishop. At that point Monsignor Jeffrey Steenson, who has been the Ordinariate’s first ordinary — jurisdictional leader with authority but not a bishop — stepped aside and became the Ordinariate’s first Ordinary Emeritus and will continue to function as the Ordinariate’s appointed apostolic administrator until Monsignor Lopes is consecrated and enthroned on Feb. 2, 2016. At that point Monsignor Steenson will officially step back from the public eye and Bishop Lopes will step into limelight as a new page in the life of the North American Ordinariate is turned.

For the full article go here.