What is that Paris Climate Change Summit All About?

What is that Paris Climate Change Summit All About? 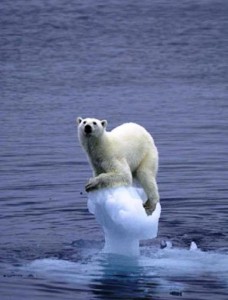 The world leaders are meeting in Paris for two weeks to come up with a plan to halt the “catastrophic threat” of global warming.

For 30 years we have been told how, thanks to the dramatic rise in CO2, temperatures have been soaring to unprecedented levels. This is causing polar ice to melt, sea-levels to rise and has brought a dangerous increase in “extreme weather events”, such as hurricanes, heatwaves, droughts and floods.

Nothing has been more influential in promoting this “consensus” view than a succession of reports by the UN’s Intergovernmental Panel on Climate Change (IPCC). These are based on computer models which predict that, unless the world abandons fossil fuels, temperatures will rise through the 21st century by 0.3 degrees per decade. Indeed by 2100 they could even have soared by as much as 5 degrees.

So what could be wrong about the world’s nations getting together to prevent such a disaster before it is too late?

In fact, in more recent years scarcely a single point in this “consensus” theory has not been questioned by a growing array of independent experts, including some of the most eminent scientists in the world.

Here are 10 of the claims made by those gathered in Paris, with commentary on just how far their fears are really justified. Go here to read more.

If global warming is not actually true why all the fuss? Why the global meetings and new treaties?

When asked for my political persuasion I write “Amish”. In other words, I’m not really a political animal. It doesn’t interest me.

However, what does interest me is why the world leaders think it is so important to meet and make deals and sign treaties?

It’s my opinion that the climate change narrative is one big smoke screen for a completely different agenda.

I think the powers that be are intent on gradually ushering in a new world order–a global economy and then a global government.

No better way to get everyone to sign up to a global government than to pump up a scare about our “shared environmental home.” Under this cloak international treaties can be made, economic structures can be established, new relationships can be built and everyone can take one step closer to a one world economic and political system.

You see how it works: Money flows from one country to another in the form of “climate change” aid and assistance. Another country does a big deal about raw materials with another country in the same of climate change. Handshakes are exchanged, contracts are signed, cigars are smoked, five star dinners are enjoyed, everyone in on the gravy train of big government deals, political back handers and all in the name of saving the planet.

So I’m dubious. I’m skeptical. I’m not sure the Paris summit is about climate change at all. I think it is about a lot of other things–all of which will be discussed under the umbrella of the threat of climate change.

Does this mean I have no concern about our environment? Does this mean I am in favor of wanton consumerism, turn a blind eye to waste and don’t give two hoots about pollution?

No. I’m Amish in that respect too. Like any sensible person I hate pollution. I don’t want to waste anything. I want to live simply in a clean world and I’m opposed to the rape and pillage our natural resources.

But as for international climate change summits?