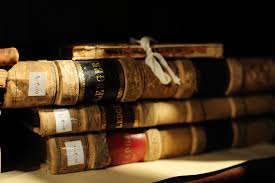 One of the most troubling things about American Catholics is their tendency to go off the deep end.

Conservative Catholics who are upset about the condition of the church and think Pope Francis is evil incarnate seem to be proliferating. David Mills writes about the increasing tendency here.

“Here’s a suggestion for everyone,” wrote a Jack Quirk, responding to a Facebook discussion: “Act toward each other as if a non-Catholic was observing the conversation, and his eternal salvation depended on the view of Catholicism he took away from the conversation.”

It’s excellent advice, but not followed by those who have the disturbingly common problem the writer Scott Eric Alt has called the “Pope Francis Derangement Syndrome” or even the simpler taste for causing distress Andrew Haines described yesterday.

As I was writing this, I saw an email from a Catholic, writing in an ecumenical group, who said: “This Pope must die. God take him, and quickly, before he attempts to teach officially what it appears he espouses unofficially. The insult offered the Immaculate Virgin, by daring to implement questionable changes to the annulment process as of the 8th of December, is an example of Jesuitical, if not diabolical, pride and hubris that truly tempts God. If the Lord is merciful, he will deliver his Church and people from this despot.” He was reacting to the dubious report of a notoriously unreliable journalist, but that was enough for him to wish the pope dead.

Meanwhile, progressive Catholics jump on the bandwagon of the latest trendy cause. Maybe its women’s ordination or same sex marriage. Maybe its justice for transgender people, immigration or cleaning up corruption at the Vatican Bank.

Because America is still a young country and has a culture that is about as deep as the face lifts to which Americans are increasingly addicted, people respond to cultural circumstances and events in the church and the world with increasing alarm, a kind of apocalyptic paranoia, immature rebellion and angry frustration.

This is a mark not only of deep immaturity, but also deep insecurity and spiritual instability.