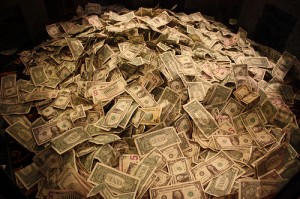 In the wake of the SCOTUS decision to make same sex marriage legal, this article outlines the concerted plans super rich grant making foundations have for targetting religious freedom.

A leader in LGBT grant-making has told business leaders that he wants to shut down the political fight for religious freedom exemptions in the U.S. within three years.And these words are not empty rhetoric. A CNA investigation has found that millions of dollars have been poured into efforts to combat religious freedom exemptions in the United States.“We are at a crossroads where the choices we make will mean we will fight religious exemptions for two to three years or have a protracted twenty year struggle on our hands,” Tim Sweeney told leading business executives and others attending the Out & Equal Workplace Advocates executive forum, held in San Francisco in late March 2015.Sweeney is a former program director of the Evelyn & Walter Haas, Jr. Fund and a former president and CEO of the Gill Foundation, which he left in 2013.Both non-profit foundations are involved in funding LGBT advocacy, including gay marriage, and have begun to target religious freedom. A CNA examination of public grant listings and tax forms has found at least six foundations and funds have made grants totaling about $4.8 million to target religious freedom, especially as it is exercised by objectors to gay marriage.