The Devil in Detroit

The Devil in Detroit 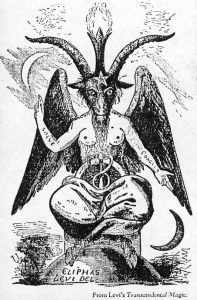 The hideous statue of Baphomet is not, therefore, a harmless exercise in testing the limits of American tolerance. Satan is not just a literary conceit, a philosophical position, or a cultural curiosity, and the statue is not just an interesting ancient artifact. Among their other disturbing activities, the occultists I knew in England were notorious for seducing and abusing vulnerable girls and young women. It should therefore be deeply disturbing that an integral part of the new Baphomet statue are figures of a little boy and girl at the knee of the demon gazing worshipfully into his face.

Should the Satanists be allowed to erect their statue in the grounds of the Arkansas capitol? Perhaps to answer the question we should compare the proposal to a similar idea. What if there were another secret society active in Arkansas that had a presentable public face, but was secretly nefarious? I’m thinking of the Ku Klux Klan.