Take the Pill and Get Depressed

Take the Pill and Get Depressed 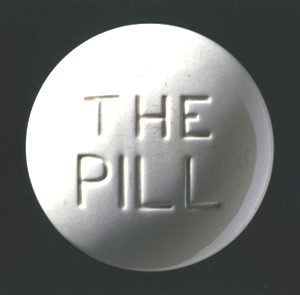 An interesting study reported in London’s left-leaning The Guardian here has upheld a clear link between the hormonal birth control pill and depression.

A newly published study from the University of Copenhagen has confirmed a link between hormonal contraceptives and depression. The largest of its kind, with one million Danish women between the ages of 15 and 34 tracked for a total of 13 years, it’s the kind of study that women such as me, who have experienced the side-effects of birth control-induced depression first hand, have been waiting for.

Researchers found that women taking the combined oral contraceptive were 23% more likely to be diagnosed with depression and those using progestin-only pills (also known as “the mini-pill”) were 34% more likely. Teens were at the greatest risk of depression, with an 80% increase when taking the combined pill, and that risk is two-fold with the progestin-only pill. In addition, other hormone-based methods commonly offered to women seeking an alternative to the pill – such as the hormonal IUS/coil, the patch and the ring – were shown to increase depression at a rate much higher than either kind of oral contraceptives.

As a man I hesitate to comment on the matter at all, but the woman writing the article for the Guardian does a better job than I can in criticizing the pill crazy culture that permeates the (male dominated) medical profession.

That the author does not write from a Catholic perspective, makes her case all the stronger. This is not a religiously motivated propaganda piece. It’s a cri de coeur from a woman who has suffered depression which was caused by the birth control pill. The fact that the doctors are recommending long term contraceptive implants and patches for teenaged girls is even more worrying.

Putting aside the obvious implications of underage sex, statutory rape and child abuse, the pill is bad for women and girls, and feminists–like the author of the article should be rightly outraged. She makes a very interesting point that a woman’s period of fertility is very small compared to a man who is permanently fertile and yet the women bear the children and bear the burden of birth control.

So, why is it that we’re not supposed to take this study seriously? Considering that women are fertile just six days per menstrual cycle and men are fertile every single day, that the burden of avoiding unwanted pregnancy falls to us, regardless of the burden that might have on our health and wellbeing, is nothing short of sexism. After all, there are certainly effective alternatives to hormonal contraceptives –the copper coil, diaphragm, condoms and new technology that’s making it simple for women to practice the fertility awareness method, not to mention, of course, vasectomy and the promise of Vasalgel, a contraceptive injection for men.

Maybe, just maybe the world is beginning to come around to the realization that the Catholic Church was right all along: the birth control pill is a chemical control tool. It is used by men to control women’s sexuality–making them permanently available for sexual relations without the consequences of procreation. It therefore demeans women and robs them of their natural gift of bearing life. It sterilizes them and consequently sterilized their sexuality and sterilizes their relationships with men. It turns them into sex objects, not women.

The feminists should be outraged, but they, along with the medical establishment, dare not attack the pill for in doing so they would have to attack the sex crazed, sex enslaved culture in which we live.

“Ain’t nobody gonna take away that candy from the baby…”

Our young women will continue, therefore, to feel pressured to be “on the pill” and to be the playthings of men–only to be tossed aside when he tires of them. Many young women long for a permanent, loving, fruitful marriage relationship, but the pill allows the man to use them, abuse them and walk away.

No wonder they get depressed.