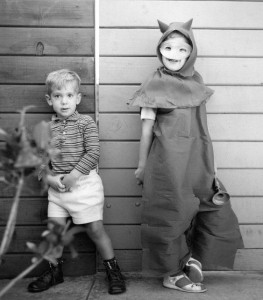 You can always tell when the Father of Lies is about his business because he will get people completely contradicting themselves in their advocacy of various causes.

This is what I call the Devil’s Doublethink.

Here are some examples:

1. Feminists who attack men for being sexist – If you launch an attack on everyone of one sex (in this case men) you’re being sexist.

2. Protesting against both homophobia and Islamophobia –  Errrm. Muslim jihadists would throw gays from rooftops. How can you support both gays and Muslims?

3. Being against adoption because it is cruel to take the baby from its mother but being in favor of surrogate motherhood – In surrogacy the mother has to give up the baby from the moment its born right?

6. Attacking Islamophobia and being feminist – Have you seen how Muslims treat women?

7. Being pro-choice but being against female sex selection abortion – If you really want a woman to have a choice why object when a Hindu or Chinese woman chooses to abort her baby because it’s a girl?

8. Favoring “open” marriage – It’s not marriage if the couples are promiscuous.

10. Believing that a “loving” God would not send anyone to hell – God wouldn’t be loving if he forced people into heaven against their will.