Ten Reasons Why I Am Grateful for Atheists

Ten Reasons Why I Am Grateful for Atheists 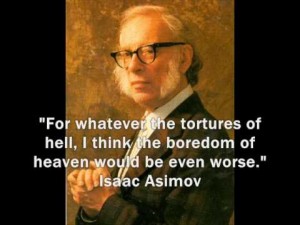 Not long ago I was engaged in an email conversation with an atheist.

He wrote to me out of the blue responding to a blog post I had written.

He seemed friendly enough so I went along with the conversation, first assuring him that I don’t argue with anybody online.

Arguments are out. Discussions are in.

So we exchanged about a dozen email each before signing off in a friendly way.

Like so many atheists I have come across, he was brought up in a conservative Evangelical or fundamentalist family and rejected that religion. He did not believe in that god so he convinced himself he didn’t believe in God at all. In rejecting a simplistic religion he rejected the God of that religion.

When I began to explain the Catholic understanding of God as being “existence itself” or “ultimate Reality” the conversation began to get interesting.

I won’t bore you with the details of our exchange, but on pondering the conversation this morning I realized that I’m actually grateful for atheists.

Here are ten reasons why:

1. They ask the questions The death of Christianity is to be uncritical and unthinking. So many Christians turn up at church on Sunday and as soon as they hit the parking lot it seems they turn their brains off. It’s like they sit down in the pew and subconsciously say, “For an hour now I’m going back into Sunday School mode. I’m going to pretend I believe in some fairy tales and a some medieval doctrines that we all know aren’t really true, but for an hour it will make me feel good to think that they are. I have found, for instance, that a huge majority of adult Catholics are firmly resistant to any form of further catechesis. It’s kind of like, “Don’t you try to catechize me Father. I’m a cradle Catholic!” That’s crap. Atheists see that and shake their heads and say, “I’m outta here.” So I’m grateful that they challenge that complacency and hypocrisy.

2. They want the truth Most atheists I’ve come across have examined religion, albeit on a superficial level, and they really do think it is untrue. They’ve usually been taught a fundamentalist understanding of the Bible and once they get some education they wonder if a whale really did swallow Jonah, if the Red Sea really split wide open and if Methuselah really lived 900 years. They’ve been told all that stuff is true (and much more) and they insist that it is not and that religion is selling people a bill of goods. They want to discover the truth, and I’m grateful for that.

3. They dislike hypocrisy and humbug Like most critics of the church they see the lives of people who call themselves Christians and say along with the atheist Bertrand Russell, “If the Christians are so redeemed, why don’t they look more redeemed?” In other words, they see our hypocrisy, complacency, corruption and inconsistency and challenge it. They see our violence, paranoia and stupidity and challenge it. They see our institutionalized, fossilized and dead religion and conclude that it’s all bunk.  That’s okay and I’m grateful for it. Isn’t that, after all, what Jesus did in response to the religious leaders?

4. They’re realistic They live in the modern world with modern scientific discoveries and modern technologies and they wonder why people need to cling to ancient belief systems. They see themselves as down to earth, realistic and practical. They honestly don’t see why religion is useful or how it helps people and we have not always been very good at putting our religion into gear and using it to make a difference in our lives and in our world. They see us living like everyone else in the world, then going to church for an hour a week and they don’t see the use of it.  I don’t see the use of that kind of religion either, to tell you the truth. Continue Reading