Ten Reasons Why Shakespeare Was Catholic

Ten Reasons Why Shakespeare Was Catholic 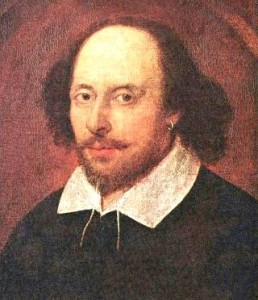 There are probably no greater academic debating topics than the mysterious life of the Bard of Avon–William Shakespeare.

Did he really write those plays? If he didn’t, who did? Was he involved in the Elizabethan spy network?

Was he a secret Catholic? Are there pro-Catholic “codes” is his plays?

I’m off to England in a few weeks’ time with my friend Joseph Pearce to help conduct a pilgrimage that focusses on English Catholic literary figures and Catholic martyrs.

“Shakespeare the Catholic” will be one of the key discussion topics. So here are ten reasons why Shakespeare was very probably a Catholic.

1. There were plenty of secret Catholics in Elizabethan England – Elizabeth I’s England was a virtual Protestant police state. Everyone had to swear loyalty to the Protestant queen. Everyone had to go to the state church. Attendance was taken. If you didn’t attend you were fined, imprisoned and fined again. The Catholic Church went underground and a secret network developed of faithful Catholic families.

2 Shakespeare’s family were secret Catholics – the secret Catholics were called “recusants” which means “refusers” because they refused to conform to the state religion. Shakespeare’s mother was from the Arden family–a well known and influential recusant family in Warwickshire.  One of the Arden relatives was executed for hiding a priest and John Shakespeare–William’s father–was fined for refusing to attend Church of England services. Shakespeare’s daughter Susanna was recorded as being Catholic.

4. Shakespeare probably had a Catholic wedding – Shakespeare married Anne Hatawat in 1582. They didn’t marry in their local church but scooted off to be married by Fr. John Frith at his little church in the nearby village of Temple Grafton. Four years later, the government accused Frith of secretly being a Roman Catholic priest. Did William and Ann go there in order to be married in a Catholic ceremony?

5. Shakespeare wrote sympathetically about Catholics – Shakespeare  included sympathetic Catholic characters in his plays: Friar Laurence from Romeo and Juliet and Friar Francis in Much Ado About Nothing. Shakespeare’s writing also indicates an intimate knowledge of Catholic ritual and belief. Continue Reading