Ten Things That Are Killing the Family

Ten Things That Are Killing the Family 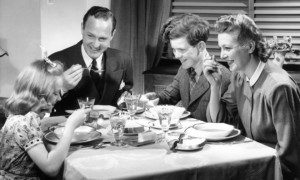 The Synod fathers this month were trying to address a real crisis in the human race: the disintegration of the family.

The problems are very complex and are not simply a matter of people disobeying God’s law and running around with whoever they please.

Is promiscuity a problem? Of course. Is divorce a disaster? Without a doubt. Is feminism futile? Indubitably.

But all of these problems and more are rooted in larger societal and historical shifts that have influenced the breakdown of the family.

To understand we should first explain what a “family” is to start with.

We think of it as the typical nuclear suburban family of Dad, Mom and kids.

This is not really family. This is only part of a family. Think instead of living within a half hour’s drive of all your aunts, uncles, nieces and nephews, cousins, grandparents and cousins on both your mother and father’s side. This is what family was for thousands of years, but not it’s broken, and here are ten reasons why: