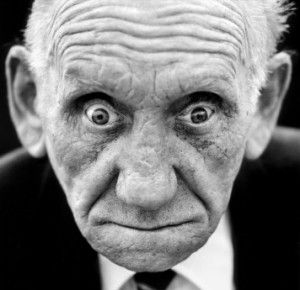 Public thinkers have been usurped by practical atheists who are politely styled “secularists.”  Essentially, the secularist is not without religion: rather, he has made a religion of politics and wealth, and rejects any religion that worships anything else. Now, to be secular is unavoidable for anyone who resides on this planet, except for astronauts and even they have to come back down to earth. But secularism distorts secularity, just as racism makes a cult of race. The secularist makes a religion of irreligion, and is different from the saints who are “in this world but not of it” because the secularist is of the world but not rationally in it. This explains why the secularist’s solutions to the world’s ills are so destructive. The secularist is isolated from what is unworldly and thus lacks the perspective that adequately measures things of this world.

The secularists gape and jaw at the atrocities of Islam, turning a blind eye as European intellectuals did when faced with Hitler and Stalin

Secularists play down Islamist atrocities because they seek to eradicate the graceful moral structure that can turn brutes into saints.  Heinous acts are sometimes dismissed as “workplace violence.”  There even are those in high places who pretend that Islamic militants are not Islamic and foster the delusion that false gods will not demand sacrifices on their altars.  These elites are like Ambassador Davies who said, “Communism holds no serious threat to the United States.”  Naïve religious leaders who live off the goodwill of good people, will even say that Christians and those who oppose them share a common humane ethos, a similar concept of human rights, an embrace of pluralism, and a distinction between political and spiritual realms.   Secularists who imagine good and evil as abstractions, do not consider the possibility that hatred of the holy will take its toll in reality. By ignoring the carnage committed by the twentieth century’s atheistic systems, they fit the definition of madness as the repetition of the same mistake in the expectation of a different result.