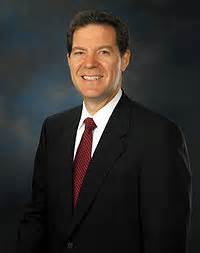 And the baby killers are outraged.

Planned Parenthood Advocates of Kansas and Mid-Missouri sharply criticized the move, which it described as the latest in a series of “extreme political measures aimed at denying women access to health care and at undermining their decision-making ability.”

“Kansas is now not only the sole state with this atrocious law; it also now has more restrictions on abortion than any state in the U.S.,” the advocacy group said in a Facebook post.

The reason this law is such a great step forward is not only that it bans dismemberment abortion, but it throws the reality of abortion right up front into the spotlight.

To be against this law is to be in favor of cutting unborn babies up in little pieces while still alive in their own mother’s womb.

To be against this law is to be in favor of sticking sharp knives into the womb, cutting off  arms and lets and then sucking the parts out of the mother’s body.

To be against this law is to be in favor of putting another tool into the womb to find the baby’s head then crush it in a kind of nutcracker.

This law states quite clearly what late term abortions are all about.

This law not only bans these barbaric practices, but shows the abortionists at Planned Parenthood for the heartless killers they are.

Americans will only stop abortion once they see abortion and this law helps America realize what abortion really is.