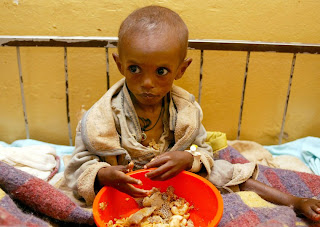 It’s not a nice subject to be sure, but the Pope speaks the truth when he speaks about AIDS and condoms in Africa. London’s Daily Telegraph has this opinion piece written by an Anglican priest supporting the pope. Fr Blake has the Holy Father’s teaching here.

Quite apart from Catholic Church teaching, what people are missing is the big picture. It may be true that a condom may prevent the spread of AIDS. However a condom culture encourages the activity that spreads AIDS through a false security. People imagine that using a condom will keep them totally safe just as they think a condom will stop all pregnancies. The problem is that this encourages more and more promiscuous behavior which is bound to increase both pregnancies and AIDs, and the worst tragedy of all–AIDS infected infants.

All the statistics show that those countries who encouraged marriage and abstinence outside marriage have much lower rates of AIDS than those who take the ‘condom solution.’ Aunty Joanna posts these facts:The Church offers a 100 per cent measure that will protect you from AIDS – no sexual contact with an infected person. And this works. In the Philippines, where the first cases of AIDS were reported, the Church’s policies were implemented – and it has a miniscule rate of AIDS. In Thailand, condoms were promoted instead, and the death toll from AIDS is high and still rising – and the tragedy of child prostitution has grown to massive proportions.

22 million people have died from AIDS in Africa. The condom policies aren’t working. Why not try the alternative which works?

The other ‘big picture’ non-Catholics miss is the big picture of the whole of Catholic moral teaching. They have this idea that somehow Catholics simply think condoms are nasty and immoral. They don’t understand why we think condoms are evil. They don’t understand that Catholics are not just against condoms. We’re also against any form of sexual activity outside of marriage, and we’re against it (and every other form of human evil) not because we’re spoil sports, but because we are against anything that ruins human life, abuses the human person, destroys human potential for full and complete joy and ultimate sanctification.
What many in the West also do not understand is that Africa abounds in certain sexual practices (which Catholics abhor) which also make AIDS worse. Heterosexual anal intercourse has long been practiced as a form of birth control–especially amongst prostitutes. Genital mutilation of females, and genital abrasion to heighten sexual sensitivity, as well as other perverted sexual activities that do violence to that area of the body all make the transmission of blood and therefore transmission of the AIDS virus more likely.
The Catholic Church not only calls people to marriage and abstinence from sex outside marriage; we call the world to an understanding of purity and purpose within the sacramental marriage bond. Only in this fully incarnational theology of the body which the Catholic Church teaches will humanity learn to live with abundant freedom, health and prosperity.
The Catholic Church calls us to a broad and beautiful vision of human potential and possibility. Our critics want to confine it all to pettifogging arguments and petty rules about rubber doodads.

UPDATE: Check this blog for a compendium of facts about condoms and links to more information.