The Curse of the Kennedy Catholics

The Curse of the Kennedy Catholics 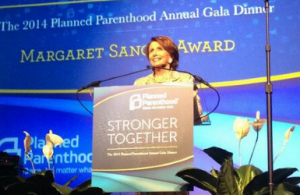 As Tim Kaine steps into the shoes of “devout Catholics” Joe Biden and Nancy Pelosi, he also joins the club of “Kennedy Catholics”

These are the “Catholic” politicians who publicly support abortion.

Readers may not be familiar with the history of what we can now call “Kennedy Catholics”. This article from the Wall Street Journal tells the full story of how the nation’s most prominent Catholic political family switched from being pro life to pro death.

Even Ted Kennedy, who gets a 100% pro-choice rating from the abortion-rights group Naral, was at one time pro-life. In fact, in 1971, a full year after New York had legalized abortion, the Massachusetts senator was still championing the rights of the unborn. In a letter to a constituent dated Aug. 3, 1971, he wrote: “When history looks back to this era it should recognize this generation as one which cared about human beings enough to halt the practice of war, to provide a decent living for every family, and to fulfill its responsibility to its children from the very moment of conception.”

But the Kennedys and their extended clan soon realized that it was going to be Democratic political suicide to be on the wrong side of the abortion industry. So they called together some “prominent theologians” to see how they could square the circle and be both “devout Catholics” and in favor of abortion.

At a meeting at the Kennedy compound in Hyannisport, Mass., on a hot summer day in 1964, the Kennedy family and its advisers and allies were coached by leading theologians and Catholic college professors on how to accept and promote abortion with a “clear conscience.”

The former Jesuit priest Albert Jonsen, emeritus professor of ethics at the University of Washington, recalls the meeting in his book “The Birth of Bioethics” (Oxford, 2003). He writes about how he joined with the Rev. Joseph Fuchs, a Catholic moral theologian; the Rev. Robert Drinan, then dean of Boston College Law School; and three academic theologians, the Revs. Giles Milhaven, Richard McCormick and Charles Curran, to enable the Kennedy family to redefine support for abortion.

Mr. Jonsen writes that the Hyannisport colloquium was influenced by the position of another Jesuit, the Rev. John Courtney Murray, a position that “distinguished between the moral aspects of an issue and the feasibility of enacting legislation about that issue.” It was the consensus at the Hyannisport conclave that Catholic politicians “might tolerate legislation that would permit abortion under certain circumstances if political efforts to repress this moral error led to greater perils to social peace and order.”

Father Milhaven later recalled the Hyannisport meeting during a 1984 breakfast briefing of Catholics for a Free Choice: “The theologians worked for a day and a half among ourselves at a nearby hotel. In the evening we answered questions from the Kennedys and the Shrivers. Though the theologians disagreed on many a point, they all concurred on certain basics . . . and that was that a Catholic politician could in good conscience vote in favor of abortion.”

This “nuanced” position: that a Catholic politician “might tolerate legislation that would permit abortion under certain circumstances if political efforts to repress this moral error led to greater perils to social peace and order” is a piece of slippery Jesuitical nonsense. What is amazing is that it took such “eminent theologians” so long to work it out. Perhaps the Kennedys were paying them by the hour, or it could be the they were simply providing a very good lunch.”

As usual with lying intellectuals, the lie is greased with suitably intellectual sounding concept, subtle language and clever phraseology. To put the whole thing more plainly they were saying, “You can support killing the unborn if you think being opposed might upset people.”

I’d like to say Tim Kaine is in good company. In fact he’s in rotten company, and looking down the road to the future. The only way he and Hiliary will be able to sustain the lie is through force.

Consequently, the only way the liars can sustain the lie is to use force. This will be the tactic of the pro abortion side increasingly. They will use political, economic, educational, legislative, financial an judicial force to maintain their killing machine.

“Devout Catholic” Tim Kaine has come out as a member of the Kennedy Clan and may God have mercy on his soul.