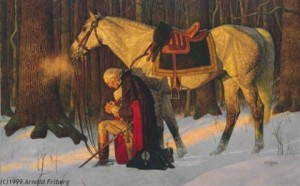 We’ve got the choice between Hillary with a Kennedy-Catholic VP or Trump with a Catholic who took off for the Evangelicals and is now “looking for a Church.”

I think Christians who have any illusion about having a committed and principled Christian in the Oval Office or in the jump seat should come back to earth.

Furthermore, it hasn’t been happening for as long as I can remember.  The  the only committed, regular church going Christian in the White House that I can remember was Jimmy Carter. Sure, all the others have given Christianity the nod and never failed to tack on to their speeches, “God Bless America” but think about it. How many even made an attempt at being a public Christian?

The Bush Clan? I think George W Bush acknowledged a religiously motivated turnaround in his life, and I  think Jeb is a sincere Catholic, but for the most part I think its fair to say the Episcopal churches is the ones they didn’t go to. Reagan claimed the Presbyterian Church but never went. I remember Bill Clinton clutching a big, black Bible and hugging a tame Baptist preacher when he was having “troubles in the trouser department.” Barack Obama was brought up Muslim but is now listed as “Christian. Denomination unspecified.” Uh huh.

Nixon, who made war in Vietnam was a pacifist Quaker. He sounds like the Kennedy Catholics. “I am personally opposed to napalm and bombing innocent civilians, but I defend the right of the Joint Chiefs of Staff to choose.” or JFK “I am personally opposed to infidelity, but defend Marilyn Monroe’s right to choose.” LBJ was “Congregationalist” and Gerald “Forgettable” Ford was Episcopalian.

Hillary claims to be a Methodist while Trump belongs to a Presbyterian Church.

One certainly does not expect politicians to be saints or theologians, but it wouldn’t hurt if they at least had some sort of knowledge about the faith they profess.

Trump on religion: ““I’m a Protestant; I’m a Presbyterian. And you know I’ve had a good relationship with the church over the years. I think religion is a wonderful thing. I think my religion is a wonderful religion. There’s no way I would ever throw anything, to do anything negative to a Bible,” Brags about his sexual conquests. Destroyed two marriages through infidelity. Does he repent of his sins? Nope. Doesn’t see why he should.

Hillary on Christianity: “Because it sure does seem to favor the poor and the merciful and those who in worldly terms don’t have a lot but who have the spirit that God recognizes as being at the core of love and salvation, You know, my family and my faith taught me a simple credo — do all the good you can, in all the ways you can, for all the people you can,”

There’s a little bit more meat on the skeleton of Hillary’s Christianity,  it sounds like tired old do gooder liberalism, but what difference, at this point, does it make?

To look on the bright side, maybe the dismal choices we have for our presidential pick will help us to get a hefty dose of reality.

My advice is to  vote according to your conscience. If in your state that means making a strategic choice, hold your nose and do so. If your state is locked in for either the Democrats or Republicans, then maybe a third party candidate would be the honorable and honest choice.

But when your’e done voting on the national level, think local.

Roll up your sleeves and make  our nation better by making yourself, family, parish, school and community better.

Do what you can where you can.

Take the pro life cause for example. By all means pray and work to overturn Roe v. Wade. But don’t hold your breath.

In the meantime, work toward state legislation that restricts and de funds abortion. Work to inform about abortion. Pray, pray pray.  Work with your local charity that supports single mothers in crisis. Support families you know who are struggling with being single parents. Support families who have taken the courageous step of adoption. Visit old people and prisoners and the poor. That’s pro life too.

Don’t worry about who is in the White House, and remember whoever is there, and whoever is your governor or legislator or mayor…pray for them.

…and he was dealing with Caligula and Nero.