The Father of Lies

The Father of Lies 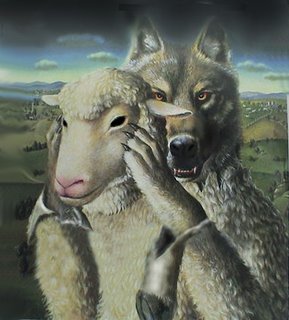 Whenever language is being manipulated, suspect the Father of Lies. I heard an interesting slant on the HHS Mandate debate on the radio this morning. The commentator noted that left wing journalist and former Clinton White House aide, George Stephanapoulos, in one of the primary debates raised the question of whether states had the right to ban contraception. Romney took the question and was flabbergasted. “No one is suggesting that anyone bans contraception! What’s the point of this question?”

The point of the question is this: The Left realize they’ve lost the debate on abortion. Therefore they are moving the goalposts and deliberately making the debate about contraception. No one could possibly be against contraception right? I mean, everybody uses contraception. However, more and more people are finding abortion to be unpleasant, and are turning away from it in disgust. Although they pretend to ignore it, they see that the March for Life and the pro life cause is young, is growing and becoming impossible to ignore.

So, hey presto, we don’t talk about “abortion” any more, but we talk about “preventative health services”–which mark my words–will not only include drugs that cause abortions, but eventually surgical abortions as well.  These “preventative women’s health services” will all be lumped together and billed as “contraceptives” and nobody can possibly be against contraceptives–right?

So the woman’s choice will be for “contraceptives”. Of course, one of the contraceptive measures will be the availability of “procedures” or “medication” that “terminates pregnancy” or “removes the products of conception” or why not use other terms like “uterus evacuation” or just “D and C” or other convenient abbreviations like “FMRP” (Fetal Material Removal Procedure)

The irony is that the Catholic Church has always linked contraceptives and abortion. Now the enemies of life are doing the same thing. For them the narrative is no longer, “Contraceptives make fewer abortions necessary.” (The shared assumption being that abortions are wrong) Instead the narrative is “Abortion is a form of contraceptive, and it’s not really wrong at all.” So in one sense we’ve won the debate. They agree with us. Abortion and contraception are linked. The chilling thing is that, just as they don’t think contraception is wrong, so they also now admit that they don’t think abortion is wrong either.

This is exactly the way the Father of Lies always works. He introduces a lesser evil–something that no one in their right mind would have a problem with, then he gradually erodes the defenses until we’re accepting something that we never thought we would allow. All along the way he changes the language, shifts the debate, avoids the light of truth, and squirms with ever ingenious squirmings to deceive.

Do not be fooled by Satan’s lies. They are always more subtle than you imagine. What has now happened is that for the last fifty years our race has accepted the lie of contraception, and many Christians have accepted the lie–while still trying to hold out against abortion.

Now it may be too late.

Now, if you are opposed to abortion you will be painted as being opposed to contraception, and either you cave and say, “Well, I guess it all is a matter of personal choice after all” or you hold out against both and accept the persecution that will follow. If you try to make the distinction and allow for contraception, but not abortion, if you are a Catholic, the enemy will quite rightly call you a hypocrite because you are not faithful to your own church’s teaching and they will dismiss anything you say.

Do you want to know how to spot the lies of the devil? Always look for the person–any person–who is working very hard to avoid suffering. Watch out for the person who is trying to make their world a little paradise where all suffering can be got rid of and everyone will live happily ever after. They are pursuing a lie to start with, and they will lie and distort reality for themselves and others in order to create their artificial Eden.

Catholics, on the other hand, should see the truth, understand the truth, speak the truth and live the truth–even though it brings them hardship, persecution, peril and sword.

In other words, watch out for the sheep. They may be wolves underneath.

Instead, follow the Shepherd. He will never lie to you.