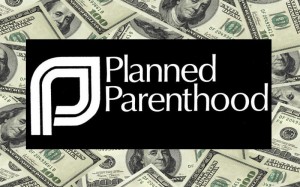 After the failure of the attempt to de-fund Planned Parenthood, we should get think through what is really going on.

I’m sure there are some politicians who genuinely want to de-fund Planned Parenthood, but they are clearly a minority.

There are more who voted for the de-funding because it was politically expedient. They don’t give two hoots for the unborn, but they know their conservative constituencies expect them to vote against Planned Parenthood.

Everyone knew the vote bill would not pass, so they could vote to de-fund confidently–clicking up some political points while knowing that it wouldn’t go through.

Pro life Americans must continue the fight, but we should not be under any illusions about the real reasons for Planned Parenthood and the government funded abortion and contraception machine.

The fact of the matter is, most Americans –even those who find abortion abhorrent–are happy with the final effect of Planned Parenthood.

So what is really going on? Despite the horrific videos and the brutal facts of abortion why have the majority of Americans given it the nod?

First, we should get right out of our heads any clap trap about “women’s choice.” This has nothing to do with empowering women.

The historical evidence is clear that Margaret Sanger was a eugenicist. She was in favor of all sorts of population control. She wanted to weed the garden and get rid of the undesirables.

She wanted the half wits wiped out, the negroes exterminated, the stupid sterilized and the disabled destroyed.

This is still what the supporters of Planned Parenthood want. They are not so explicit about it, of course, but this is what they want, and this is why they want it: Money.

Think about it for a moment. A dependent underclass is expensive.

Somebody has to look after the disabled, the unemployable, the single mothers with large families, the indigent, the drug addicts and criminal classes.

Even more troubling for the eugenicists, the poor breed uncontrollably. They have sex without contraceptives and take no thought about the consequences. It’s easy. Poor people create more poor people.

Rich people have more self control, more access to contraception and they limit their family size.

Why does the government sponsor Planned Parenthood’s objective to build clinic in poor neighborhoods? Continue Reading