The (Roman) Empire Strikes Back

The (Roman) Empire Strikes Back 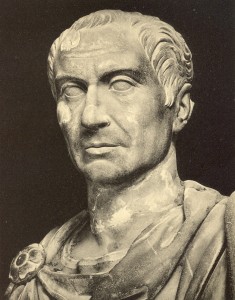 After my most recent visit to Rome I’ve been reading more about the history of Rome, and the parallels with twenty first America are fascinating.

Many people know about the fall of the Roman Empire and follow the usual narrative that Rome collapsed from within because of moral decadence.

Of course, the story is more complicated than that, and it begins not with the fall of the empire, but with the beginning of the Empire.

The Roman Republic stood for about 500 years. The Senate was made up of patricians and plebeians. The patricians were the historic, aristocratic landed families. The plebeians were the ordinary citizen commoners.

The Republic began to weaken and crumble for various reasons. Financial corruption was rife, warring factions in the Senate caused chaos and out of the strife a few patrician families, plebeians who had gained power and powerful generals emerged to struggle for power. The elite powerful families consolidated their power and gradually the power of the senate faded. The form of the republic remained, but the power had left the people and was centered in the hands of the few who had, by corruption, military force and self serving alliances, gained control.

Hello  America! One of the most severe warnings that has come out to last week’s Supreme Court ruling was that from Justices Roberts and Scalia who observed that the will of the American people had been usurped by a handful of non elected lawyers. When you combine this fact with the amazing development of political dynasties in this country the parallels are too disturbing. What political dynasties? First there was the Roosevelt and Kennedy clans. Now we have the Bush and the Clinton clans. Is it possible that next year we will have to choose between Hilary or Jeb? Already the will of the American people is being trampled by political dynasties,vested interests, and the force of powerful economic and military interests.

Meanwhile, the plebs were continuing down a different path. A commenter on this post on FB writes:

The term “liberal” was taken from Liber Pater (the free Father) Roman deity of viticulture and wine; fertility and freedom. Liber Pater was the patron deity of Rome’s plebeians.and is synonymous with the Greek Dionysus/Bacchus.

In Italy during the 2nd Century this cult’s orgiastic rites, and its excesses were so infamous that the senate even tried to ban it.

Liberals today are the modern plebs, and is based both politically/socially on a philosophy advocating the freedom of the individuals including intoxication;abundance, and sexual gratification which is hedonism, ie. the seeking of pleasure.

In 44 BC Julias Caesar became, in effect, the first emperor. Continue Reading