The Swamp of Subjective Sentimentality

The Swamp of Subjective Sentimentality 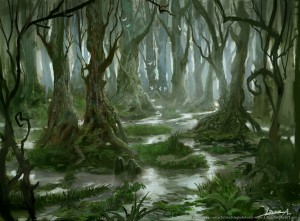 A friend commented about the same sex controversy saying that he has family members who are gay and they are furious with the Catholic church saying, “Who are they to define marriage?”

In discussing the problem we observed that most Americans are now so enswamped by subjective sentimentalism that they cannot conceive of someone having moral values that are given by an outside source of authority.

There are two different manifestations of this subjective sentimentalism, but first I ought to explain what I mean. Subjectivism is having one’s thoughts, moral decisions and relationships determined solely by their affect on oneself. I become the judge of all things because there is no other agreed, external authority.

Sentimentalism is that frame of mind which is determined not by thought or logic or any kind of reasoning at all, but purely by emotion and personal feelings. These feelings can be warm and fuzzy or they can be harsh and angry, but both are still expressions of sentimentalism.

Americans are now so caught up in subjective sentimentalism that they can’t think straight because there is nothing left to think about.

All they can do is make up their own course of action and respond irrationally according to their emotions.

But of course, without any logic or reasoning, and only going on one’s emotions, one doesn’t quite know how to decide on difficult questions. Therefore one is very open to suggestion, propaganda, emotional appeals and radical emotive reactions.

What we have now, therefore is a nation of adolescents. This is what adolescents do. They have broken away enough from the authority figures to go into a kind of subjective, sentimental rebellious reaction. Thrown about by their highly fluctuating emotions and being vulnerable to peer pressure and crowd control tactics, they are headstrong, irrational teenagers having a little fit on the one hand or falling head over heels in silly, gushy emotional reactions on the other.

This subjective sentimentality can surface in a sweet way or a sour way. Continue Reading