The Smoke of Satan…

The Smoke of Satan… 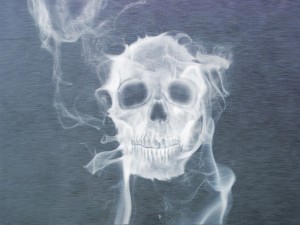 There are many problems in the Catholic Church that might be thought to be the ‘smoke of Satan’ entering the church, but for my money one thing, above all others, has been the successful work of Satan, which has undermined the church, emasculated her ministry, sabotaged the aims of the Holy Spirit and captured a multitude of souls.

It is the modernist re-interpretation of the Catholic faith. The reductionist results of modern Biblical scholarship and the infiltration of a modernist, rationalistic and materialistic mindset meant that the supernatural was assumed to be impossible, and therefore the Bible stories (and also any supernatural elements of the faith) had to be ‘de-mythologized.’ Everything supernatural within the Biblical account and within the lives of the saints and within the teaching of the church were assumed to be impossible and had to be ‘re-interpreted’ so they would make sense to modern, scientifically minded people.

So the feeding of the five thousand wasn’t a miracle. Instead the ‘real miracle’ was that everyone shared their lunch. Everything had to be questioned and ‘re-interpreted’ in such a way that it could be accepted and understood by modern people. So when we call Jesus Christ “God Incarnate” what we really mean was that he was so fully human, and that as he reached his potential as a man that he shows us what divinity looks like. When we speak of the Blessed Virgin we mean she was ‘a very good and holy Jewish young woman.’ When we speak of the ‘Real Presence’ we mean that we see the ‘Christ that is within each one of us.”

I hate this crap.

It’s the smoke of Satan, and it’s virtually triumphant within the mainstream Protestant churches, and sadly,  the modern Catholic Church in the USA is riddled through with the same noxious heresy. Continue Reading