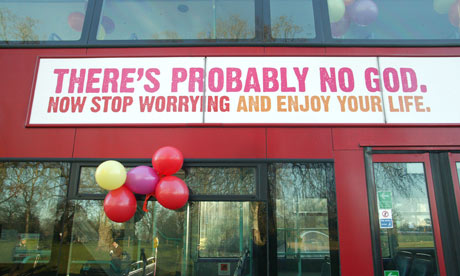 As our society drifts ever closer to a kind of de facto atheism the relevance and significance of theology wanes. What use has the secularist, the materialist, the default atheist of theology? For such people theology is a ridiculous study of the ridiculous. It is an illusionary discipline that presumes to study a fabricated fiction. For the secularist theology may be a time wasting past time for a handful of archaic academics, but it becomes dangerous when the theologians then presume (based on their theological musings) to assert an ethical standard, comment on politics, interfere in sexual morals and get involved in economics or state security matters.

The secularist resents the imposition of theologically based principles in what should be the practical matters of everyday life.

But the alternative to theology is ideology. No one can live in a belief system vacuum. Everyone believes something. I once asked some prisoners I was working with what they believed. One of them said, “I don’t believe anything.”

“Then that is your belief.” I replied.

The problem with the person driven by ideology and not theology is that his desire to make this world a better place he will feel justified to do anything necessary to accomplish his goals. History shows that ideologies instead of theologies ultimately bring revolution, bloodshed and misery. When human life is not considered to be eternal it will soon be exterminated.

Here are some examples: In the ideological drive to help poor women rise above their state, to empower women to reach their full potential and to achieve a more equitable society (and also to enrich certain members of the medical profession) we have allowed abortion. Millions of unborn children will be sacrificed to the ideological ambition. The French Revolution, Bolshevik revolution, Maoist revolution all show that a great ideological goal ends up in the murder of millions.

Whoa! I can hear the objectors objecting–“What about the Inquisition, the Crusades, the witch hunts and fatwahs?  What about all those killed by theological motivations? Putting aside the vastly exaggeerated numbers of those killed by religious zealots, the objection makes my point. These are examples of theology that has become ideology. Instead of being driven by their true theological principles those who killed in the name of religion have allowed their religion to become an ideology. Instead of using their religion to be the ladder to the better place, they have insisted that it was the means to making this world a better place. That’s why they wanted to rid this world of heretics, witches, apostates, pagans, Muslims, Christians, Protestants, Catholics or Jews–or anyone who seemed to be making this world the evil place that it is.

That is why the biggest poison in the Catholic church today are those who would turn Catholicism into a religion only concerned with making the world a better place. They are driven by ideology not theology.

You see these concerned progressives all over the place working hard to turn the Catholic religion into just another charitable agency. There they all are, working so hard for peace and justice, but it is a false peace and false justice if it denies the truth. This is why, when the Catholic Church starts to be attacked by the secular politically correct ideologues (and this is just around the corner) there will be a large number of Catholic priests and people who will join in the persecution. When Father Firmly is carted off to be “re-educated” by the self righteous ideologues there will be a good number of his fellow priests who will nod sadly and say, “Yes, Fr. Firmly does need to be re-educated.”

Catholics are called to feed the hungry, visit the prisoners, house the homeless and work for peace and justice in this world, but this is the result of our theology. It is not our ideology. The corporal and spiritual works of mercy are the result of the Divine Mercy working through our lives. They are not the first thing, but the second thing. If we reverse the two we betray the truth and offer a counterfeit gospel.