Time for Some Ecumenical Common Sense

Time for Some Ecumenical Common Sense 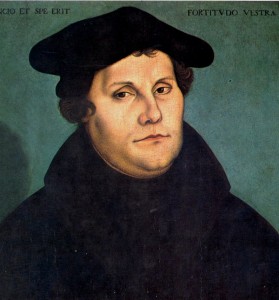 With the 500th anniversary of the beginning of the Protestant Revolution this year there seems to be a heightened enthusiasm for ecumenism with the Lutherans.

Far be it from me to rain on anyone’s parade, but when Cardinal Kasper says he hopes the Pope’s next statement will open the way to inter-communion in special cases I wonder exactly in what kind of wonderland he is living.

Then I see in the wave of ecumenical “dialogues” that are going on, that one presentation is entitled, “From Conflict to Communion.” Hmm. Surely we need to resolve the conflict before going on to communion?

The elephant in the room is the fact that the mainline Lutherans and Anglicans don’t really give two hoots about ecumenism, and they should be called on this.

They do it anyway. Then they all sit down at the ecumenical dialogues again and pretend none of this has happened.

Surely part of the dialogue should involve some plain speaking and common sense. Catholics should ask a few tough questions like, “We said all these things would put obstacles in the path to unity. Why did you do them anyway and what are you going to do about this?”

They perceive the Protestants as being “brave pioneers” who are “launching out with faith” and who are responding courageously to the “God of Surprises.”

Someone needs to point out that these Catholics could achieve “unity and shared communion” with the Protestants tomorrow by giving up on their Catholic faith (which they’ve done already) clearing off and joining the Lutherans and Anglicans.

But no. They will say people like me are being harsh and rigid. They want to stay and continue with the “dialogue.”

The final bit of ecumenical common sense is this: Continue Reading