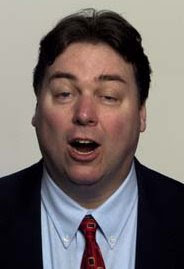 Well, it’s red faces all across the Palmetto State this week, and not because of sunburn! It seems their conservative, Christian, family man Governor, Mark Sandford, has gone on a fling to Argentina. Saucy emails to his senorita have been published and the hypocrite has joined a long line of politicans, pastors and priests who have been caught with their pants down.

I am not myself a religious man, but I have great respect for those who do profess a religious belief. One of the reasons I am not religious is because of the hypocrisy of those who say one thing and hypocritically do something else. This is just sheer hypocrisy. It is important to have values and ideals, but it is one thing to talk the talk and another thing to walk the walk. Governor Sanford should take some lessons from the democratic Presidents. They don’t pretend to have ‘family values’ in the first place. They are much more honest and are not hypocrites.
Governor Sandford, on the other hand, says one thing and does another. This is the problem with the ‘right wing’ whether it is political or religious. They are always being self righteously better than other people. Take, for example, the Pope in Rome. During World War II the pope at the time was called Pope Pius XI. He pretended to be neutral, but everyone knows he was friends with Mussolini and he was even called ‘Hitler’s Pope.’ The Pope in Rome says he is not interested in political power, yet he is always working behind the scenes to dominate the world’s systems. The fact that we now have a Pope who was himself a Nazi shows that these events behind the scenes are being controlled by a shadowy group of people behind the scenes. And remember, the pope before this one was from a notoriously communist country. The fact that the Pope in Rome seems ‘innocent’ only goes to show how devious he really is.
I do not myself go in for conspiracy theories, but the downfall of Governor Sandford suggests that something else was going on. There were too many secrets. There are too many questions left unanswered. We have a right to know, and the American system should get to the bottom of this murky business with a full congressional inquiry performed by Congress.
I believe we need the kind of transparency, open government and moral example that was exhibited by President and Mrs Clinton. They faced a similar scandal and came through it with their honesty and integrity intact because they admitted their difficulties and chose to get help. At that time I remember the moving and inspiring photographs of President Clinton on the steps of his local church every Sunday with a big Bible under his arm. Now there was a ‘Christian’ politician if ever there was one!

William Jefferson Clinton learned from his problems, got himself up, dusted himself off and didn’t let a few problems in his personal life stop him.

Governor Sandford should have the dignity and self respect for himself to resign from office.
Todd Unctuous is forty two. To learn more about Todd Unctuous follow this link.
PatheosDwight2009-06-25T09:29:00-04:00June 25th, 2009|Categories: Patheos, Todd Unctuous|Tags: alter egos, Humor|0 Comments