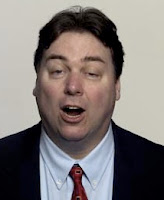 Did you see the result of a recent survey that churchgoers are in favor of torture? I am not a religious man myself, but I respect people who believe a religion and try to do good in the world. Like many people, I am spiritual, but not religious. There are many inspiring and uplifting things in life, like the quotes page in Reader’s Digest. However, don’t get me wrong. I believe there are many good religious people. I just have not met many.
This survey which proves that religious people are in favor of torture comes as no surprise. Religious people not only approve of torture, but down through the ages they have been experts at it. Remember the Spanish Inquisition? This was a terrible disease which happened to the world in 1919 when many people fell ill, and many people died and the religious people said it was ‘God’s judgment’.
What about that situation called Jonestown in Guyana where the famous preacher Bob Jones got people together to live in the jungle? Then he made them drink cyanide together. This is just another example of religious people being in favor of torture. When it is not physical torture, it is emotional and mental torture caused by making people feel guilty. This is something all religious people do.
I had a friend in elementary school who went to a Catholic school and he said the nuns used to hit them with rulers, and the priest would lock them in a closet. Many people who went to Catholic schools recount similar horrific tales of torture and bad things happening, and the present Pope in Rome is himself a former Nazi, and the one before him came from a communist country.
I am sure religion is mostly a harmless pastime, but when you find out that religious people actually admit to being in favor of torture it makes you think doesn’t it? Maybe the time to be ‘tolerant’ to such people is over. Maybe their Sunday activities aren’t as harmless as they appear. The government should crack down on these crypto terrorists, after all. Remember that it was religious people who flew those jets into the twin towers. Remember that?
It makes you think doesn’t it?
PatheosDwight2009-05-04T20:32:00-04:00May 4th, 2009|Categories: Patheos, Todd Unctuous|0 Comments