Todd Unctuous on the Chilean Miners

Todd Unctuous on the Chilean Miners 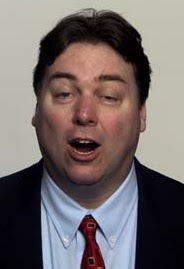 As the world awaits the resurrection of the thirty three miners in Chile from their underground tomb our thoughts turn to their families and the lucrative media contracts which await them above ground. There are some who would be cynical about the professionals in the media offering these poor, hard working men money for their stories. I am of the opinion, however, that it will do them no harm to receive large payments to appear on television talk shows in the United States. After all, this is one of the things we do best: glorifying the common man. I am sure there will be counselors on hand to assist them with the post traumatic stress of receiving very large payments and instant celebrity.

At this time of jubilation far be it from me to be the cloud behind the silver lining, but when I saw the flickering candles of their loved ones and the little images of Mary and Jesus I wondered if anybody had ever helped those poor people to see that the religion they follow is actually what got them into such a terrible state to begin with. For centuries the Catholic Church has suppressed the poor by teaching them that they are ‘specially blessed by God.’ Instead of relieving suffering the Catholic priests, bishops, nuns and monks (while living in the lap of luxury themselves) have told the poor to ‘offer it up’ and taught them that it was good for their souls to ‘suffer with Jesus’. Keeping them in ignorance and poverty, the Catholic Church has been happy for them to remain ignorant, unwashed peasants slaving away underground in what must be the most degrading, inhumane and beastly working conditions possible.

I myself am not a religious man, but I do respect people with strongly held religious opinions. My brother in law Vincent is just such a person. He was educated by Catholic nuns in a convent school in New York City and Vincent now calls himself a ‘Catholic Survivor.’ He is still a devout Catholic despite the abuse the nuns meted out. Vincent recalls the time one sister gave him a detention for not having his homework done, and another very cruel nun insisted that he stop pulling wings off flies even though it was part of a science experiment. Vincent now practices his faith in his own way. He is involved in transmigratory regression therapies and says (quite profoundly) that he is “interested in spirituality but not religion.” Which is a way of expressing my thoughts exactly which brings to mind the famous ballad by John Lennon, “Imagine all the people and there is no religion.” I mention Vincent to you because he is the one who informed me about the constant oppression of the poor by the Catholic authorities.

I had not understood this aspect of the Catholic religion before, but I can see now that the miners in Chile are an example of what he is speaking about. If they had been given more self confidence and self help training by their priests, monks and nuns they might have had more aspirations than simply working down in a mine all their life like human termites. They might have pulled themselves up by their bootstraps and got a decent job in an international call center or in one of the many food retail outlets that American enterprise has planted throughout the world. There they would have had bright, cheerful working conditions and a nice uniform. Instead the Catholic Church, by her insidious teachings about suffering and the ‘blessedness’ of poverty virtually forced those men to work, sweating and half naked in the mines, and no doubt it will eventually be revealed that it was the wealthy Catholic owners of the mine who neglected proper safety measures which made the mine collapse and lock those poor men in their dark and freezing tomb.

Meanwhile the Pope in Rome travels by jet airplane in his tailored white robe and ruby slippers. Going from one palace to another and behaving like a celebrity, the ‘Holy Father’ wears lace robes and handles gold goblets–never taking any thought for the poor men trapped so many miles below ground while he has lunch with royalty. His hands are smooth and used to reading books and playing Mozart on his piano. Far from him are the calloused hands and broken bodies of those men trapped in their subterranean prison.

I say, “Up with the noble miners, who sacrifice their lives working in the depths of the earth!” What job would be better for them? They enjoy the camaraderie of their workmates, the satisfaction of hard physical labor and a job well done for a decent wage at the end of the day. How noble and simple their life is to return to the sunlight above after a hard days’ work to the embrace of a loving wife and adoring children. I do not want to be negative, and althought I am somewhat critical of the Pope in Rome I am open minded enough to say that if lighting a candle in front of a little statue of Mary helps them make it through the night, then I can’t see that it does any harm.

After all, it is better to light a candle than to curse the dark.