Todd Unctuous on the Icelandic Earthquake

Todd Unctuous on the Icelandic Earthquake 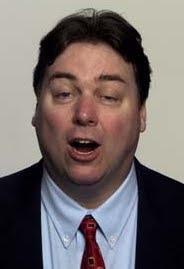 I have been disturbed to read that there are some people who doubt that the volcano in Iceland has been caused by man made global warming. It is clearly obvious to anyone who has considered the facts that this volcano is the direct result of George W. Bush’s disastrous oil guzzling presidency. The earth is a fragile and delicate organism that responds to the slightest of pressure. As the famous actor and climatologist Danny Glover has pointed out, “The earthquake in Haiti.” was caused by a disruption in the delicate and fragile ecosystem. It’s simple. Push Mother Nature and she pushes back.

For years now the Republican governments financed by the international cartel of oil companies and what Democratic president Dwight Eisenhower called “the military industrial complex” have been turning a blind eye to the warming of the planet. This is not rocket science. Every car and truck and airplane you see is belching out black smoke which pollutes the air and warms the atmosphere. This causes the glaciers to melt and guess what, Iceland used to be a country covered with glacier and it no longer is. No doubt the thinning of the glacial ice pack allowed the dormant volcano to be closer to the surface which made it easier for the volcano to disrupt. The hot lave which flowed down across the icebergs melted them further, driving the polar bears and their cubs out into the sea where they were either drowned or caught up in tuna fishing nets.

What is the result? I am not one who believes in conspiracy theories or end of world scenarios, but it is hard to resist the implications of these facts. We have seen over the last year an increase in earthquake, volcanos, economic disasters, the death of Michael Jackson and Susan Boyle losing the Britain’s Got Talent competition. I fear there are many more such disasters on the horizon in the distance. The tragic thing is that they could have been avoided. Nobel prize winner Mr. Al Gore has been prophetizing on this theme for some time and warning people that if they do not turn away from their gas guzzling ways and invest in his ‘green energy’ program that the world will soon come to a grinding halt.

These things should be obvious to anyone who simply opens their eyes and does the math. Brilliant scientists like Dr. Richard Dawkins of Oxford University have shown that mankind’s problems are caused by ‘the Selfish Gene’, and Alfred Einstein famously said that “God does not play dice.” Indeed, there is a plan that can be put in place, and only when the rich people give up their cars and their greedy lifestyle will the planet return to harmony and begin to heal itself.

I am not a religious man, but I deeply respect those who hold to a religious view of life like the Speaker of the House Nancy Pelosi. While I am not religious, I am interested in spirituality, and isn’t this what the world really needs now? After all, as the famous song goes, “It’s a small world after all.” The spiritual side of humanity needs to be allowed to blossom and grow. As the feminist theologians like Sister Joan Chipmonk OSD teaches us, “Each one of us needs to be in touch with our Inner Earth Mother. This is the sort of religion that we need to heal our deepest wounds, heal our economy and heal our world.

Todd Unctuous is forty two. For more information on Todd and his illustrious career go here.