Todd Unctuous on the Pope’s Visit

Todd Unctuous on the Pope’s Visit 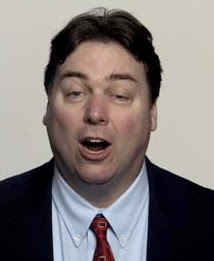 I see from the news headlines that the Pope of Rome will soon be visiting the United Kingdom and that most people in Britain either do not care or do not want him to visit. This does not surprise me since it is well known that England is one of the most modern and open minded countries in the world. Well known for their sense of humor and their ability to wait in a queue, the English are also famous for founding the universities of Oxford, Cambridge and also the polytechnic. The fact of the matter is, the English don’t want the Pope of Rome in their country and they resent having to pay the millions of dollars for his visit when there are many people in Africa who are dying of AIDS–most of whom have the disease because of the “Holy Father’s” policies on condom usage.

It is heartening to see that some of the Pope’s own people are now speaking up against this costly and wasteful visit. These English Catholics are denouncing the Pope’s misogynistic and homophobic policies. They are saying what all right thinking ordinary folk already say: “Stop persecuting gay people! Stop discriminating against women! Allow priests to get married! Stop covering up for pedophiles! Stop global warming! Stop persecuting those who wear polyester vestments! In true Britisher style, these smart English people are too subtle to come right out and declare themselves to be the honest rebels they really are. Instead they are using their brains and presenting themselves as ‘faithful Catholics.’ They are very smart to begin their statements by saying what they like and affirm about the Catholic Church. So, for instance, they admit that they think the Catholic social teaching which, as far as I understand, is sensibly left wing, is a good and noble thing.

Far be it from me to pass judgment on any religious person or religious group. I am not qualified to do so because I am not myself a religious man although I do respect people who hold strong religious views like our Vice President Joseph Biden and also the actor Richard Gere who is a devout Buddhist. Nevertheless, it seems to me as an ordinary person that formal religion is one of the most divisive influences in the world today. Surely it is people like the Pope in Rome who is certain he is ‘unfallible’ and that everybody else is wrong who is dividing people and excluding people. It is much better in my opinion that people should follow the spirituality of their choice and not exclude others. Therefore it is the spiritual person rather than the religious person who gains my admiration most. I consider someone like the late King of Pop–Michael Jackson–who exhibits true freedom of spirit, love of innocent children and a simple joy in being a genius–he was one person who was a truly spiritual person. Princess Diana–the “People’s Princess” is another such soul.

But the King and the Princess have been taken from us and we are left with a tired old man in a white dress who drags himself around the world forcing more and more people to idolize him. Far be it from me to make any sort of judgment about the man, but I have increasing respect for the British who seem to be saying like their rumbustious king Henry of old, “We’ll have no Pope here!”

This helps us to put the papal visit into a historical context. King Henry VIII spoke the mind of the British people very clearly 500 years ago when he broke with the Pope in Rome. Why can’t the present Pope take ‘NO!” for an answer? Over the years the papal powers that be have been scheming and plotting to take over the world and they have always seen Britain as one of the key pieces in the strategy. I have not time for wild and crazy conspiracy theories, but any clear reading of history will prove that beneath the white robes, the smiles and the royal waves every Pope in Rome has seen himself as the successor to the Roman Emperors and as such they have one thing in mind: world conquest. Dan Brown’s brilliant novels have shown the truth behind the legend, and now it is the open minded and ordinary British who are a down to earth people and have no time for expensive royal figures with processions and privilege and pomp and circumstance…they have seen through all the pomp and circumstance to speak out about the Pope’s true colors.

Long live Britannia is what I say!