Tradition: The Democracy of the Dead

Tradition: The Democracy of the Dead 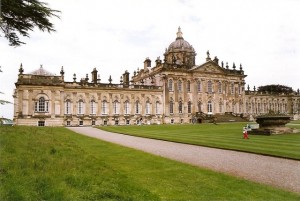 G.K. Chesterton wrote, “Tradition means giving a vote to most obscure of all classes, our ancestors. It is the democracy of the dead.”

I’ve been pondering this for some time from a couple of different perspectives. First of all, in the present political maelstrom, when all seems uncertain and insecure, where the old definitions are dissolving and new alliances are being forged one looks for a different kind of democracy. The “democracy of the dead.”

In other words, when we value tradition we value what has stood the test of time. We value what our ancestors also believed stood the test of time. This is one of the main reasons why I am a Catholic today–because I went to England looking for a historic church–the church that was not founded 50 years ago, but 500 years ago, and that quest led me further East from England to France, and from France to Italy and from Italy to Israel, and wherever I went I found a church that was not just five hundred years old, but two thousand years old, and that church not only reached back to its roots in the Roman Empire, but it was founded on the apostles and prophets who were God’s people the Hebrews, and their tradition stretched back another 2000 years.

Trying to live this tradition in modern America is not easy. One is besieged by a host of demonic “ism’s”–materialism, relativism, scientism, sentimentalism, utilitarianism and more. The church herself is swamped by the onslaught. So I do what I can to pray the tradition, live the tradition and worship in the tradition. I work to build a beautiful traditional church, observe the best I can a beautiful liturgy in a traditional fashion, attempt to keep alive the musical traditions of the church and to instill in the children of our school and parish the traditions of love, service, worship and joyful evangelization.

There can be a problem with valuing tradition however. It is possible to make tradition a kind of false religion or ideology and to cling to the tradition and imagine that it is unchanging and must be unchanging.  It is true that there are certain, immutable and unchanging truths. These are the truths revealed by God in matters of faith and morals. These things cannot change, and even the Church herself does not have the authority to change these truths.

However, there are many things which can and do change according to different times and cultures, and it is the church authority which determines what can change and what cannot. Here is a good example: the sacrament of Christ’s body and blood is present when wheat bread and wine from grapes is transformed at Mass into the Body, Blood, Soul and Divinity of the Lord Jesus Christ. This cannot change. Even for good cultural reasons it cannot change. A priest ministering to tribal people in the jungle who have never heard of bread or wine (and who have manioc root and coconut wine as their staples) cannot use manioc root and coconut wine for the Eucharist. It must be bread and wine. This cannot change because the matter of the sacrament was revealed by Christ himself, neither can the words of consecration be changed. These too were given by Christ and confirmed by his church.

However, the form and language of the liturgy can change. Continue Reading