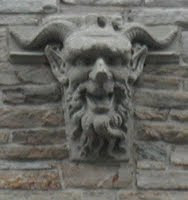 Another one of the devil’s tricks in the modern world is scientism. While science itself is an honest and beautiful pursuit of truth, scientism is the elevation of science and scientifically verifiable knowledge as the only and only form of truth.

Scientism rules out any form of knowledge that is not attained by scientific experimentation. Furthermore, any purported form of knowledge that is not scientific is dismissed and derided by the scientist. Any spiritual or emotional or psychic phenomenon is either explained away as a physiological hiccup or a sociological pressure a form of mental illness or some form of hypnotic suggestion either intentional or subconscious.
The most virulent forms of scientism are linked explicitly with atheism. So the ‘new’ atheists like Richard Dawkins can see only the evidence produced by science and openly condemn all religion as superstitious, outmoded, unscientific mythological nonsense.
More mild forms of scientism are simply assumed by the huge majority of people. They may not be openly aggressive atheists. Instead they simply assume that science and religion are in conflict and that science has pretty much won the battle. This is gathered through half knowledge they have picked up from reading about Galileo, creationists fighting with evolutionists and the underlying influence of scientism that assumes that religion is anti-rational and the enemy of all humanistic learning and enlightenment.
When scientism holds hands with utilitarianism the human person is reduced to a biological machine. The human mind is reduced to a complex series of chemical reactions, and human society is reduced to complicated, but explainable interactions. All meaning is reduced to scientific facts and humanity has no other destiny than its evolutionary destiny.
When taken to the logical extreme scientism, hand in hand with utilitarianism and progressivism contributes to the atheistic assumptions on which totalitarian states takes control….and you know the rest.
PatheosDwight2009-08-16T16:06:00-04:00August 16th, 2009|Categories: Patheos|0 Comments