Trump and the American Macho Pushback

Trump and the American Macho Pushback 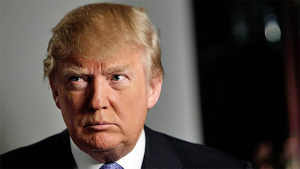 I’ve been pondering the Trump phenomenon and it is truly incredible to watch.

His performance in last night’s debate was pretty awful, but that will not matter in the least, and he knows it.

He is rising to power, and I predict that he will continue to do so no matter what he does.

This is because he has caught a wave that nobody else saw coming. Trump’s genius is that he is a salesman. He knows that to make a sale you have to know what the customer wants–not just what he says he wants, but what he wants way down deep.

This is not rational. Its not even emotional. Its visceral. Its deep in what they call the “reptilian brain” and Trump knows how to tap into it.

This is why all Hillary’s prim preparation, plans and programs don’t matter. Donald’s digging deeper.

This is also why Hillary’s attack on Donald’s misogyny and male chauvinism don’t matter.

Consider this: the feminist movement has radically altered American consciousness. The feminization of our culture is not about everyone becoming girly and giggly and sweet. Neither has feminism exalted and developed the innate strength and virtue of the feminine. Motherhood, fertility, creativity, and fecundity have been ripped out through contraception and abortion.

Therefore what we have experienced over the last sixty years has been a rise in other feminine traits: the maternal need to keep kids safe and build a secure nest has brought about an increase in regulation, insurance and a reluctance to take risks. Think about it. Everywhere you turn you find a helicopter parent mentality. College kids needing “trigger warnings” and “safe zones”? C’mon. Insurance companies sniffing out every possible risk and potential problem? It’s mommy making everybody safe and sound.

Going along with this is the sentimentality in our society. Everybody has to be nurtured and loved and spoiled and coddled. Everybody has a problem and a worry and a wound. Everybody needs some understanding and TLC. It’s a mommy culture, and if you don’t submit and admit you need counseling and care and concern, then you’re a hard hearted person and “we will pray for you.”

Feminism has brought with it the organized Mother. Here is the prim and tidy housekeeper. Everything in its place. Everything spic and span. You need to clean your room, wash your hands and turn up in time for supper. Its bossy momma, and right alongside Bossy Momma is Mater Terribulis: The terrible mother. If you don’t obey you will be punished. Don’t you know this is for the best? If you don’t comply you will be fined. If you don’t take your medication Nurse Ratched will make sure you get electric shock treatment.

I’m saying all this not to make value judgements one way or another, but simply to observe what has been happening at a deep level of our society. I’m not denying the real benefits, insights and contributions that feminism have brought, and they are considerable, but I am noticing some side effects.

Where does Donald Trump fit in? I think he’s the figurehead of a pushback. Think about it. There he is, posing on the cover of Playboy magazine. His third wife is a nude model for goodness sake, and he is unrepentant that his first two marriages broke down because of his philandering. It’s like he’s saying, “I’m a guy. OK?”

Furthermore, he plays the macho man to the hilt. Does he call women pigs and slobs and make jokes of their feminine functions? Sure. He doesn’t care and he knows his supporters–both the men AND the women–don’t care. “Guys are like that. Get used to it.”

Should he be a good boy and do his homework and prepare for the debate then drink his milk and cookies and go to bed on time so he’ll be bright eyed and bushy tailed for the morning? “Fuhgeddaboudit. That preparation and doing your homework stuff is for sissies.” He’s going to stay out with the boys and wing it. He’ll do ok. He always has.

Playing by the rules? Playing safe? Feeling sorry for people? “Nah. Its a tough world. The strong survive.Man up. Forget all that little girl stuff. If people break the law, lock em up. If they’re illegal immigrants kick ’em out. Its an unfair deal, tear up the contract, tell the other guy he can take 15% or nothing at all. That’s all you’re gonna pay.”

In playing the John Wayne tough guy Donald Trump is tapping into a deep instinct in American culture that is not just fed up with big government, corrupt politicians and fat cat billionaires . Think about it. HE admits to buying politicians. He’s corrupt and admits to “using the law” for his own benefit. He himself is a fat cat billionaire.

Hillary Clinton, on the other hand, represents exactly what Donald Trump is reacting against. She is Nurse Ratched. She is the organized, cunning, planning, smiling Mommy who expects everyone to behave so that the home will be neat and tidy and together so everyone will be happy.

She is the sort of woman who “lives for others” and you can tell the others by their hunted look.

Donald, on the other hand, is the bad boy who sticks out his tongue, comes in late and runs roughshod over the whole household.

Do you want to know why this election campaign is so compulsive and raises such high emotions?

This is what its about.

What do I think about it as a man and as a Catholic priest?

We’re sin sick, and like all sin sickness, blindness is one of the symptoms.

We’re so sick we don’t even know we’re sick, and may God have mercy on our souls.

PS: If you like Trump or if you like Clinton, don’t get yourselves all worked up and imagine that I support either one of them. I don’t, and I’m not telling you how I’m going to vote because its none of your business.

I’ll vote according to my conscience as I’m supposed to and you do the same and God bless you.