Twelve Reasons Why Progressive Christianity Will Die Out

Twelve Reasons Why Progressive Christianity Will Die Out 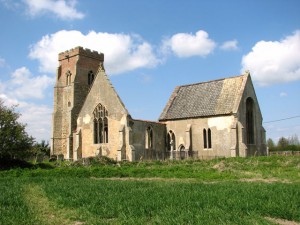 The recent furore in the Anglican Communion has highlighted yet again the real division in world Christianity. I have analyzed it here. The division is between Christian who, for want of a better term might be called “historic” Christians and those who are “progressive” Christians.

The historic Christians believe their religion is revealed by God in the person of his Son Jesus Christ, and that the Scriptures are the primary witness of that revelation. They believe the church is the embodiment of the risen Lord Jesus in the world and that his mission to seek and to save that which is lost is still valid and vital. Historic Christians believe in the supernatural life of the Church and expect God to be at work in the world and in their lives.

Progressive Christians believe their religion is a historical accident of circumstances and people, that Jesus Christ is, at best, a divinely inspired teacher, that the Scriptures are flawed human documents influenced by paganism and that the church is a body of spiritually minded people who wish to bring peace and justice to all and make the world a better place.

I realize that I paint with broad strokes, but the essential divide is recognizable, and believers on both sides should admit that “historic” and “progressive” Christians exist within all denominations. The real divide in Christianity is no longer Protestant and Catholic, but progressive and historic.

However, it is true to look at the dynamic of progressive Christianity and see that by the end of this century it will have either died out or ceased to be Christianity.

At this time modernism still wears Christian clothes in the mainstream Protestant churches and in parts of the Catholic Church. This cannot last much longer for ten very simple reasons:

1. Modernists deny supernaturalism and therefore they are not really religious. Now by “religion” I mean a transacton with the supernatural. Religion (whether it is primitive people jumping around a campfire or a Solemn High Mass in a Catholic Cathedral) is about an interchange with the other world. It is about salvation of souls, redemption of sin, heaven, hell damnation, the afterlife, angels and demons and all that stuff.

Progressives don’t deal in all that. For them religion is a matter of fighting for equal rights, making the world a better place, being kind to everyone and “spirituality”. It doesn’t take very long for people to realize that you don’t have to go to church for that. So people stop going, and that eventually means the death of progressive Christianity. The first generation of progressive Christians will attend church regularly. The second will attend church sometimes. The third almost never. The fourth and fifth will not see any need for worship. They will conclude that if religion is no more than good works, then the religious ritual is redundant…and they would be right.

2. Progressive religion is essentially individualist and not communal. Each person makes up his own mind about matters. Therefore when it comes to religion the fissiparous nature of progressive religion will become more and more acute. Individuals with firm opinions will form ever smaller and more passionate groups with like minded people and the smaller the groups, the more they will eventually wither and die.

Progressive Christianity is also subjective and sentimentalist. It eschews doctrine and favors individual spirituality and sentimental responses to doctrines and moral issues. It is not long, therefore, before the individualist and sentimentalist inclinations drive a person from a church that is dogmatic and demanding. Modernists will prefer their own spirituality and emotional experiences to any sort of formal, corporate religious commitment. Thus the modern admission, “I’m interested in spritituality but not religion.” When this attitude prevails, modernist religion dies because it’s devotees don’t see the point of belonging and believing.

4. Progressive Christianity is historically revisionist. They re-write history according to their prejudices. In religious terms this means they are cut off from tradition. They are therefore cut off from the life-stream of real religion. As they cut themselves off from the tradition they will only have the latest religious gimmick, fad or adaptation to contemporary culture. Such an ephemeral attitude cannot provide for long term sustained religious longevity. Religion thrives as a tradition is nurtured and expanded through the years. A religion that destroys tradition therefore destroys itself.

5. Progressive Christianity is based on out of date Biblical scholarship. The cynicism, fashionable doubt and dismissal of the reliability of the Bible is based on rationalist Biblical scholarship that is now well  past its sell by date. The archeological, textual and historical discoveries of the last century are making the assumptions of the early twentieth century Protestant Biblical critics look quaint. New, younger Biblical scholars are using the same critical methods of analysis and research to show that the Bible is much more historical than the old German guys thought. The house of cards that is modernist Biblical scholarship is tumbling down and will continue to do so. They progressive Christian will then be left with either a return to historic Christianity or will be looking for the exit door with nothing left of his faith at all. Continue Reading