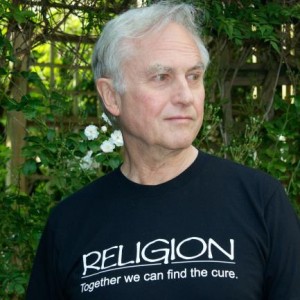 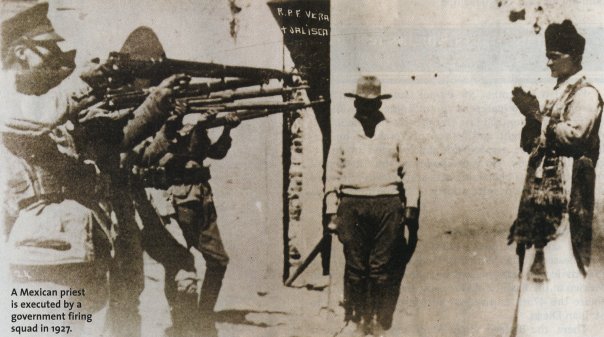 Take a moment to consider these two photographs, and figure out how they are connected.

A comfortable Oxford intellectual continually spouts anti-religious hate speech with impunity. Indeed, he is lauded as a leading intellectual and a darling of the chattering classes. Some people even read his books, and his books, and his constant stream of hatred against religion soon spills over into action because religion can’t be a problem without religious people.

That’s why people like Dawkins will never kill a priest. They will simply provide the provocation and propaganda for those who are all too willing to pull the trigger.

Once Dawkins’ shallow atheistic propaganda reaches a tipping point amongst an ignorant populace they will simply draw the inevitable conclusions and start to round up the believers.

Does the man not read history? All you have to do is check out the Mexican revolution, the Spanish Civil War, the Russian, Chinese, Vietnamese, Korean, Cambodian and French revolutions to see what happens after atheistic anti-religious bigotry is cooked up and served by the intellectuals.

All the great genocidal tyrants of the world would have got nowhere without their ministers of propaganda.

First they try to kill God, and not succeeding, they kill his children instead.

Find a cure for religion?

The inevitable conclusion and consequences are chilling.