Ugly Churches and the Dictatorship of Populism

Ugly Churches and the Dictatorship of Populism 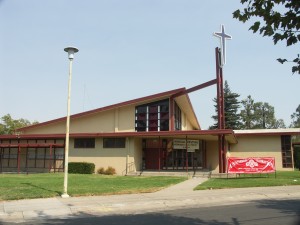 Soon after the plans for the new traditionally styled church in our parish were planned, I showed them with some enthusiasm to a liberal priest who happened to be visiting from England.

Knowing that he was a “we are church” anti clericalist  type of liberal I said, “But Father! This is the church the people want! The people have spoken, and this is their wish.”

He was nonplussed. I explained further: “In our first building committee meeting I said, “First of all, I want to know what kind of church the parish wants.”

As I had inherited the building project from my predecessor the folks said, “We’ve already done all that consultation father. We’ve had experts in to ask everyone what they want and we want a church that looks like a Catholic Church.”

I admit I was delighted by there answer, but I pressed further. “So you’re sure you don’t want a modern styled church in the round, a fan shaped circus tent sort of church?”

They were adamant. “Everybody wants a church with stained glass windows. We want a church that looks Catholic.”

When I visit parishes with modern flying saucer churches I ask “the people” what they think of their church. They admit that it was foisted upon them by a domineer modernist pastor who always thought he knew what was best. They tell me the stories of the building committees that became rubber stamps for “Father’s new ideas” of what a church should be. They tell how they fought to keep the old altarpieces, argued against the statues being pulled out and resisted the wall to wall carpeting, the Star Trek crucifixes and the modern art invading venerable Gothic churches.

We should be clear: The brutalist, falsely egalitarian, “worship spaces” were never the “church of the people”. They were the churches forced on the people by domineering idealogues who deceived themselves into thinking they were egalitarian populists while they were in fact, “Father Knows Best” clericalist bullies of the old school.