Only Priests and Deacons May Preach. Why Is That?

Only Priests and Deacons May Preach. Why Is That? 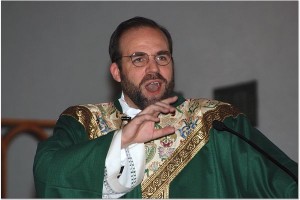 Following a speculative essay in an Italian paper that women should be allowed to preach at Mass there is now a conversation going on about the issue. My blog post yesterday addresses the issue. It’s not about women or men per se, but about clergy and laity.

As Pope Francis has said, “The door is closed to women’s ordination.” So that would seem to answer the question.

The larger question remains however, “Why may only the ordained clergy preach at Mass?”

First there is the practical point that the ordained clergy have the theological training and training in homiletics to equip them to preach. Certainly in the past when few of the laity were theological qualified to reliably teach the truth, preaching was rightly reserved to the clergy.

There are some strong argument now, however, to allow lay people to preach. Firstly, more lay people than ever before are  theologically trained. Lots of lay folks have Master’s degrees in theology and above. Should they not be allowed to preach? Furthermore, the quality of preaching by the Catholic clergy is (errmmm) not always of the highest caliber…When you add to this the number of foreign priests we now have who get up to preach and what they say might be wonderful, but no one can understand them, wouldn’t it make sense for qualified lay people to be authorized to preach?

In the Anglican Church we had a great group of people called “lay readers”. They were men and women who had received a recognizable level of theological and pastoral training and they were authorized to preach, teach and take occasional services like funerals or morning and evening prayer if required.

In the Catholic Church in the developing world a similar thing exists with parish catechists. In the absence of a priest they pretty much run the parish, lead non Eucharistic worship and preach and teach. The parish catechist can be a man or a woman.

I personally would have no problem with such a solution. When there is no priest available trained lay men and women can do the other jobs just fine…and they should do so.

The meaning of the Mass is encapsulated in the words the priest says as he pours the water and wine into the sacred chalice: “Through the mystery of this water and wine may we come to share in Christ’s divinity who humbled himself to share in our humanity.”

Now the reason for preaching being reserved to priests and deacons becomes clear. At the Mass the priest and the deacon stand in persona Christi. They represent Christ symbolically and liturgically. One as Christ the priest. The other as Christ the Servant. When they read and preach the gospel therefore they are exercising not only a teaching function, but a liturgical function. They are incarnating Christ the Teacher and Christ the Servant to the people.

The priest and deacon are ordained and set apart from the laity for this reason: to help incarnate Christ in the world through their own person and through their own vocation. This is why the catechism teaches that one of the ways to objectively know that you have encountered the risen Lord is “in the person of the priest.”

Lay people can’t do that in the same way, and that’s why they are not permitted to preach at Mass.