Virtue and Sleaze in Politics

Virtue and Sleaze in Politics 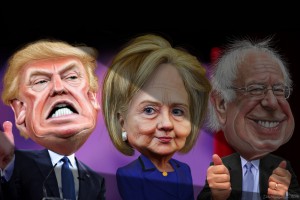 My latest article for Aleteia discusses the need for personal virtue in public life.

What is most disturbing is not that some politicians are crooked, scheming, corrupt and wicked but that so many of the electorate don’t seem to care. When issues of personal integrity are raised, the people shrug. When candidates are challenged on their policies about morality, the sacredness of human life and the sanctity of marriage, they dodge the question or give bland answers while their supporters yawn and look away.

The fact of the matter is, any political and economic system is only as good as those who endorse it. There is huge debate about whether democratic socialism or democratic capitalism is best while no one discusses why both systems will stand or fall, not on their own merits, but on the personal virtue of those who promote the system and follow it — both the elected leaders and the people who elect them.

If the leaders and the people are virtuous, then most any political or economic system will work well enough. Catholic writer Hilaire Belloc wrote, “Every argument is a theological argument.” Consequently, the religious leaders may have important things to say about politics and economics than politicians and economists.

Go here for the whole article.