Want to Be a Writer? Don’t Give Up Your Day Job

Want to Be a Writer? Don’t Give Up Your Day Job 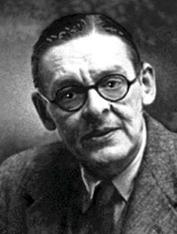 Carol is a friend of mine in England who had a good writing gig.

She churned out romance novels under an assumed name. She produced four a year and she was good at it.

Many people have romantic ideas about writers. They assume we live in a garret surrounded by piles of books, writing novels in smoke filled rooms.

I’ve been writing steadily for twenty years now, and during that time I’ve met the “many people who make a little bit of money writing” and I’m one of them.

I’ve met one person who got a $1m advance for a book. They’re few and far between.

This brings us down to reality. If you’re a writer, then you write. You write for love, not for money.

The list of successful literary folks who held very down to earth day jobs is legendary. Here is a good article about the subject focussing on T.S.Eliot who went to the office every day first at a bank, and then at the publishers Faber and Faber. Wallace Stevens worked in an insurance company. William Faulkner worked in the post office. So did Anthony Trollope.

However, the money helps, and not just because it pays the bills. The money helps because it gives the writer focus and motivation. People ask how I managed to write sixteen books. Because I already had a publisher lined up and he gave me a deadline and there was a check in the mail once I delivered the manuscript. The payment for writing makes you deliver to the customer and the customer is the publisher and he has an audience to satisfy and so you write for that audience and the money helps you to focus on doing that well.

And that brings me to the whole point of writing. Although a writer writes because he’s a writer, he also communicates to his audience. That’s what it is all about. When people ask me the secret of getting published I say, “Figure out what the audience wants to read, not what you want to write. Then write what you want to write in the way the audience wants to read it.”

Getting paid for writing helps to bring focus, but keeping the day job is also a help because it gets you away from your study, your desk and your computer. It gets you into the real world and out of the comfort zone of your own opinions, ego and fantasy world.

Do you want to write? There are more opportunities than every to write and be read.

Unless of course you are offered that million dollar advance.