Philosophy and Fat Folks on Welfare

Philosophy and Fat Folks on Welfare 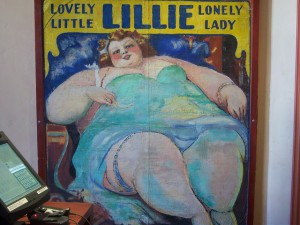 I suppose that headline grabbed a few readers.

It’s a serious topic though, and this article in the Daily Telegraph profiles a mother and daughter who weigh over 600 pounds between them.

A mother and daughter who get £34,000 ( $51,000.00) a year in handouts because they are too fat to work say they’d rather be happy and on benefits than depressed and thin

Janice and Amber Manzur weigh a total of 43 stone and are so overweight they have to use mobility scooters to get around.

But both women refuse to diet and mother-of-two Ms Manzur, 44, insists: “I’d rather my daughter live life on benefits being fat and happy than depressed and thin.”

Ms Manzur lives in a three-bedroom house that has been customised by the council to accommodate her disability and drives a Fiat Quibo disability car worth around £15,000. ($22,000)

What struck me about the story was not that the two women were obese, nor that they were living off the state and not working, but that they seemed totally and happily resigned to their fate.

Ms Manzur said: “There’s no point in dieting, it doesn’t make a difference.

“I’ve always been big and I’m too fat to work, so I have a genuine disability. I should be miserable but I’m happy. I know this is the way I’m meant to be.

“I can’t beat myself up that Amber is fat too.

“It’s just the way we are built and I’ll never encourage her to diet as it made me so unhappy.

“Amber has never stepped foot in the gym and never will.

“It won’t change her weight as she is born to be fat.”

What we hearing here is fatalism. (excuse the pun).

“I was born this way. I’ll always be this way. I can’t do anything about it. I’m the victim. I’m going to stay this way.”

This kind of fatalism is rampant in our society and it is not simply overweight British women. What we used to call a weakness, a character flaw, laziness, obstinacy or lack of fortitude we now accept as “the way we were born.”

What is more interesting to me is why people end up with such a fatalistic attitude.

I’d like to shovel deeper into this one and propose that fatalism is synonymous with a lack of faith.

G.K.Chesterton said “Every argument is a theological argument” and in this case you can trace fatalism back to a lack of faith because a person with faith believes in Divine Providence.

Furthermore, if one has faith one not only believes in Divine Providence, but one also believes in human free will, and if free will, then human responsibility. Fatalism has no place in the mindset of a Christian. Jesus Christ calls people to get up out of their boat and go on the adventure to follow him.

Fatalism and armchairs are not Christian.

A personal response is called for. Through this act of faith one joins one’s free will with the Divine Will. One joins the great adventure knowing that there is someone directing the plot line and that in the end all shall be well–but only if we set out on the great adventure.

Staying home is not an option.

Fatalism on the other hand shrugs, reaches for the donuts and says, “Meh. I was born this way. Change? Impossible.”

The Welfare State–therefore can be understood as a consequence of the loss of faith. People lose faith in God and lose faith in themselves being able to do anything about their lot in life.

The question is therefore “Faith or Fatalism”?

Those concerned with the continued expansion of the welfare state therefore would do well to consider the question of faith.

Maybe, just maybe the best thing we could do to get people to take responsibility for themselves, be freed from their addictions, be healed of their profound problems is to discover faith, and to take that first step of personal responsibility of believing in the goodness of God and deciding to engage with that fact in a positive, free and pro active way.