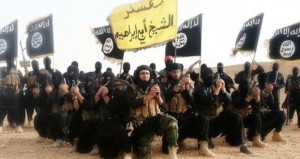 Graeme Wood writes the best analysis and description of the horror of ISIS here at The Atlantic. He goes into detail about the roots of ISIS, its relationship to mainstream Islam and the ambitions of the Caliphate. He explains how ISIS combines not only a horribly literalistic interpretation of the Koran, but also how it is interlaced with radical Muslim apocalyptic visions.

He sums up the whole article pretty well with this paragraph

The Islamic State, also known as the Islamic State of Iraq and al-Sham (ISIS), follows a distinctive variety of Islam whose beliefs about the path to the Day of Judgment matter to its strategy, and can help the West know its enemy and predict its behavior. Its rise to power is less like the triumph of the Muslim Brotherhood in Egypt (a group whose leaders the Islamic State considers apostates) than like the realization of a dystopian alternate reality in which David Koresh or Jim Jones survived to wield absolute power over not just a few hundred people, but some 8 million.

In his extensive article Wood interviews ISIS representatives in Britain and Australia and reports his findings from research and meetings with the world’s experts.

What emerges is a truly frightening scenario. It seems first of all, that the Western powers have taken a very long time to understand the threat and an even longer time to figure out what to do about it.

What we’re facing is a kind of religious fanaticism on a grand scale that might seem small fry, but which has global ambitions not just of murder, mayhem and genocide but of total destruction.

In other words, they are looking forward to the end of the world and would pull the trigger themselves if they could.