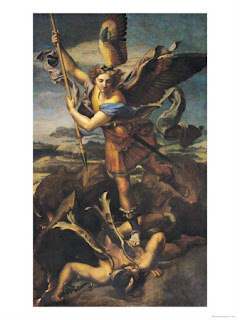 If you expect the wrong thing you’ll be disappointed with reality.

I think one of the main problems in Christianity today is that we expect the wrong thing and are ultimately disappointed with what we’ve got.

Here’s a list of things we expect from religion, which religion might give us up to a point, but when these expectations become the only thing we expect from religion we find it all unsatisfying. We get restless and start sniffing around for something else. We feel religion has let us down. We are disappointed and think it didn’t deliver what we thought it should:

1. Fellowship and Friendship – Christianity does offer a community to belong to, and it’s right that we wish to practice our faith within a warm, loving and forgiving community. However, if that’s all we’re looking for, then we might as well join a special interest club of some kind with people who have a lot in common with us.

2. Entertainment – Real Christianity is endlessly interesting, intriguing and anything but dull, but if entertainment or relief from boredom is all we’re looking for, we’ll be disappointed. The movies are better.

3. Activism – Christianity is the one movement that has inspired the most social change throughout history. It has led revolutions, overturned despots and brought peace and justice where there had been no hope. However, if we think that Christianity is all about activism and nothing else, then we’ll be disappointed. If we expect the church to be a means simply to change the world, then we’d be better off joining a political party.

4. Moral Code – Christianity offers the highest and most sublime values system the world has seen, but if all we are looking for is a rule book for life, then we’ll be disappointed. Christianity is more than that, and if all we want is rules, it will annoy us that some of the real saints are those who somehow seem to keep all the rules and yet operate totally outside the box.

5. Coherent Intellectual System If we are looking for an ultimate intellectual system in order to make sense of the world, Catholicism fits the bill. But if that is all we want we will be disappointed, for the faith is more than a philosophy.

6. Aesthetics If we are seeking beauty, Catholicism will fill our souls with the best music, art, literature, architecture and drama the world has yet conceived. But if all we are looking for is beauty we will be disappointed because Catholicism also offers for our consideration all that is kitsch and low class in religion. If we exalt fine taste above all else we will come away crestfallen.

If we are seeking any of these good things it is a good thing, but the good is the enemy of the best.

The whole enterprise of religion is not primarily to promote a cause, to create beauty, order, morality or develop a community of faith. The economy of salvation is first and foremost established to redeem a fallen race, and to rescue souls.

Everything else is subject to that aim, and should serve that goal.

The expectation is this: we are engaged in a spiritual battle. That battle is going on every moment of our lives. There are eternal rewards for every decision. We cannot elect not to be involved in this battle because not to choose is to choose.