What Happened at Fatima?

What Happened at Fatima? 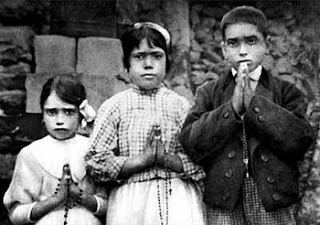 Or here’s how another atheist puts it: “It is not easy to explain how 70,000 people could share the same hallucination. But it is even harder to accept that it really happened without the rest of the world, outside Fatima, seeing it too — and not just seeing it, but feeling it as the catastrophic destruction of the solar system, including acceleration forces sufficient to hurl everybody into space. David Hume’s pithy test for a miracle comes irresistibly to mind: “No testimony is sufficient to establish a miracle, unless the testimony be of such a kind, that its falsehood would be more miraculous than the fact which it endeavours to establish.” It may seem improbable that 70,000 people could simultaneously be deluded, or could simultaneously collude in a mass lie. Or that history is mistaken in recording that 70,000 people claimed to see the sun dance. Or that they all simultaneously saw a mirage (they had been persuaded to stare at the sun, which can’t have done much for their eyesight). But any of those apparent improbabilities is far more probable than the alternative: that the Earth was suddenly yanked sideways in its orbit, and the solar system destroyed, with nobody outside Fatima noticing.”

So we clearly believe that something else happened other than the literal event of the sun being yanked from the sky and plunging to earth. What a shame the smug atheists didn’t stop to ask whether we had though these things through or not? Unlike the scientist atheists (who are supposed to examine phenomena objectively) we examine the phenomena objectively. Here we have documentary and eyewitness and photographic evidence that 70,000 people ‘saw’ the sun spin, felt it was yanked from the sky and that it plunged to earth. Everyone said they saw the same thing. Everyone was so frightened they screamed and ran for their lives. Clearly something happened, what was it?

We can rule out any literal explanation. The sun didn’t fall to the earth. But 70,000 people saw it fall to the earth. The miracle therefore occurred somewhere within the process of perception. We see with our eyes, but what do we see? Whatever we see is transferred to the brain and the brain interprets what we see. It is well known that if we do not have the mental capacity to ‘see’ certain things they are invisible to us. Likewise we may ‘see’ certain things, and without the capacity or mental vocabulary to process what we have seen they will remain a mystery to us, or we will process what we see in terms of what we know. The mind makes sense of what we see, and tries to interpret it the best it can.

So the miracle of the sun at Fatima was a miracle that occurred within the minds of 70,000 witnesses. Does this mean “It was only in their mind?” or that “They had merely imagined it”? No. They really did see the sun spinning, being yanked from the sky and plunging to earth, but the way they ‘saw’ it was with some other capability than the usual kind of ‘seeing’. They ‘saw’ something in the same way that the visionaries ‘see’ the Blessed Virgin who is not there in a normally physical way.

Some skeptics may wish, therefore, to dismiss the miracle and say it was merely some sort of psychic phenomena for which we do not yet have an explanation. Fair enough, but that is what believers usually call a ‘miracle.’