What I Love About the Catholic Church – 3

What I Love About the Catholic Church – 3 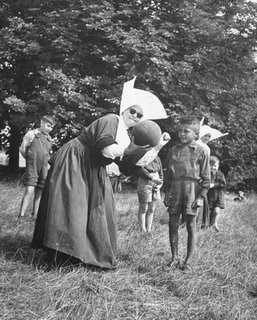 Do you like the austere asceticism and counter cultural life of the Mennonites and Amish with their odd clothes, old fashioned lifestyle and prophetic and pastoral way of life? We got monks.

Do you find Hinduism intriguing and fun with its flowers and candles and statues and temples and little festivals and offerings and devotionals? Catholics have all that without the idol worship.

Do you like Anglicanism with beautiful buildings, sophisticated educated people, fine music, sumptious liturgy and a spendid history? We’ve got all that.

On the other hand, do you like down to earth worship with folksy people involved in fellowship, peace and justice and making the world a better place? There sure plenty of that in the Catholic Church.

What about scholarship? Are you impressed with the bookishness of Protestants, the erudition of the Jewish scholars and the love of Bible learning among sincere Evangelicals? Catholics have it too.

What about Eastern religions? Are you drawn to esoteric spiritualities? Mystical experiences? Meditation? Monasticism? Catholicism offers a rich banquet of 2000 years worth of spirituality.

Closed communion like the Plymouth Brethren? It’s Catholic. Tolerance and acceptance of other religions and seeing what is good about them like Protestant liberals? That’s Catholic too.

Of course, it could be argued that all the bad stuff about other religions you will also find in the Catholic Church, and I suppose that would be true up to a point–at least to the point of admitting human failure, hypocrisy and defeat, but hey, let’s accentuate the positive.