What I Love About the Catholic Church -5

What I Love About the Catholic Church -5 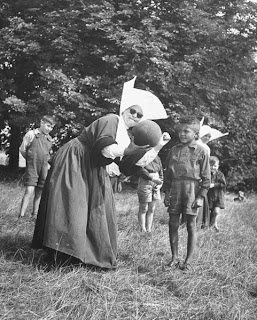 G.K.Chesterton said, “No parent lies awake at night worrying that their child might become a Methodist.” The Catholic Church, on the other hand, has always been reviled, feared, mocked and scorned.

It is true that somewhere in the world, at all times for the last 2,000 years, the Catholic Church has been persecuted. Whether it was the great Roman persecutions, the torture of missionaries, the attacks of the Tudors in England or the repressions in Russia and France; both individuals and the Catholic Church as an institution has been persecuted and oppressed.
Was the Church herself ever to blame? No, but individual children of the church sometimes brought persecution and attack on her head because of their own sinfulness, corruption and ambition. More often, though, the church was attacked by the forces of this world–forces that were screened behind political or ideological endeavors. They were what St Paul called, ‘the principalities and the powers, the forces of darkness in high places.’
In every age, these forces have been intent on destroying the church. It is not healthy to see all criticism and attack as persecution. Neither is it healthy to conclude that being persecuted (in and of itself) is a mark of authenticity (thereby paranoia lurks) However, Our Lord did promise that his followers would be persecuted, and where persecution has existed so consistently, so thoroughly and so pervasively down through history we must ask ourselves if this is not therefore the true Body of Christ on earth, and where non-Catholic Christians also are persecuted we see in them also the mark of the member of the Body of Christ, for they too carry in their own bodies the cross of Christ.
PatheosDwight2009-02-16T11:25:00-04:00February 16th, 2009|Categories: Patheos|4 Comments