What If the English Reformation Never Happened?

What If the English Reformation Never Happened? 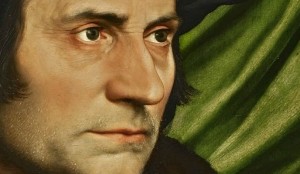 No time to blog today, but I have had time to skim this excellent article at the Catholic Herald.

The 19-year-old King Henry VIII took to the field arrayed in cloth of gold and blue velvet, all spangled with golden hearts and K’s for his 25-year-old wife, Katherine of Aragon, whose honour he defended as “Sir Loyal Heart”. The joust was the most lavish of Henry’s reign, celebrating the birth, 10 days earlier on New Year’s Day, of their son, Prince Henry, Duke of Cornwall.

Henry VIII and Katherine went on to preside over England’s first truly Renaissance court, where the progressive influence of Thomas More and Erasmus brought a gentle but keen appreciation of the classics and humanities. When Henry died an old man, he was mourned as our greatest scholar king.

His son, King Henry IX, acceded to the throne, inaugurating one of England’s most luminous reigns. He sponsored the maritime genius of Drake and Raleigh, oversaw England’s first substantial colonies in the New World, and witnessed the consolidation of England and Spain as Europe’s leading Catholic powers.

I’ll comment further on this later today, but for now take time to read the full article here.