Who Should Harry Marry?

Who Should Harry Marry? 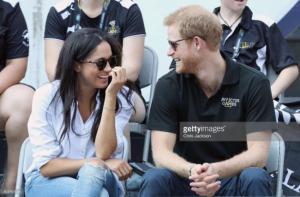 The big news this week is the engagement of Prince Harry to Megan Markle.

Nobody likes to rain on the parade, but one or two people have had the temerity to point out that the bride to be has already been (ahem) a bride.

The Cardinal Archbishop of Westminster (the leader of Catholics in England and Wales) has tweeted his official congratulations to the royal couple, sidestepping the matter that the bride is a divorcee, but like Pope Francis—who is he go judge?

Some pundits have observed that a member of the royal family should have no qualms about divorce and remarriage since the whole Church of England (of whom the monarch is governor) was founded on another royal Harry (Henry VIII) wanting a divorce.

This is unfair. Henry VIII didn’t actually want a divorce from Catherine of Aragon. He wanted a decree of nullity. It’s different. He argued that his marriage to Catherine was null because she had been married already to his brother. Whether his argument was sound or not is neither here nor there, the point is, he was NOT looking for a divorce in order to re-marry.

As a matter of fact, divorce and re-marriage continued to be a taboo right down to the time of the present Queen’s own uncle. Anyone who has watched the riveting series on Netflix called “The Crown” will realize that Edward VIII’s marriage to the twice married and divorced American woman Wallis Simpson was enough of a scandal to force his abdication. The crisis continued when the Queen’s sister Margaret wanted to marry the divorced Group Captain Townsend.

Edward VIII gave up his throne for his divorcee. Princess Margaret gave up her married and divorced man instead.

So divorce and remarriage in royal circles was always forbidden. Furthermore it was the bishops of the Church of England who helped force Edward VIII’s abdication and Margaret’s breaking her engagement for this very issue.

So a royal marrying a divorced person has been against the rules of morality up until very recent times and the Church of England supported this discipline.

So what has changed? A big change came when the heir to the throne married a divorced woman. When Prince Charles married Camilla Parker Bowles her husband was still living. By 2005 English society was ready to accept remarriage after divorce. The people didn’t mind and most interestingly, the Church of England bishops had no objection.

So can Harry marry Megan? The leaders of the Church of England clearly have no objection and neither, it seems, does the leader of the Catholic Church in England and Wales. I have attempted in vain to find any evidence of a religious commitment in either of their lives, so they would seem to be examples of the current state of religious and moral commitment in our society which is moralistic, therapeutic Deism.

If members of the royal family are role models and arbiters of morality–if they show the state of moral opinion in society, then it would seem the blithe acceptance of this royal marriage is evidence that divorce and remarriage are now okay.

Should this be a surprise to anyone? Not really, but it does mean that those of us who desire to be faithful Catholics and uphold the dignity and integrity of the life long marriage vow will be a decreasing minority.