Why Being Right is Wrong

Why Being Right is Wrong 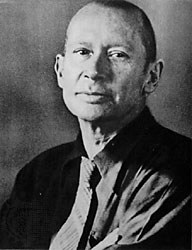 There is a line in a poem by e.e.cummings which sticks with me: “Even on a Sunday may I be wrong, for whenever men are right they are not young.”

Of course I am not disputing the necessity of believing the right thing and behaving the right way. What I am wary of is the human foible of (having pursued what is right) believing that we have arrived and we are right. How much self righteousness, pride and broken relationships result in believing we are right. How much humility, humor and good relationships can be built when we honestly believe that we are wrong–or if not wrong, then not completely right.

Can you persist in an argument with anyone if you stop for a moment and question your own position? Can you persist in an argument once you’ve stopped to see it from their point of view? Don’t arguments fade away once you take the blame? What if you really are right? Stop for a moment. You may be right, but they are right too in some way or there would not be an argument. When you stop to say, “I’m wrong!” or at least, “I could be wrong!” The heart of the argument fades.

Forget about arguments, and think for a moment how much more you would learn about life if you were wrong and not right all the time. Think what new curiosity you would be given, what a young and positive and inquisitive spirit you would have if you knew your ignorance rather than knowing how much you know. Think how much you would discover if you knew what you don’t know rather than being so sure of what you know.

Think for a moment of how little humor and fun there is in being right. Have you ever met a “righteous” person who has a sense of humor? I once spoke to a Jehovah’s Witness who was ever so ‘right’ and told him the main reason I could never follow his religion is because I never saw him smile. How many righteous religious people do you know who are so grim and glum in their being right? Too many I fear. Why is that? Because all the best humor is based on a misunderstanding, a fault, a problem and a failure. We laugh when “righteousness” and false dignity are undermined. It is far funnier when the pompous mayor has a pie in the face or when the pompous prelate slips on the banana skin.

I often wonder how I ever got to be a priest since I so often feel I am not very religious–at least in that ‘I’m religious and have got all the answers kind of way.” I become irritated at the religious people therefore who use their religion as a way to re-inforce their prejudices and support their comfort zone. Too many use religion to close down enquiry and close down the adventure of faith and take refuge in ‘being right’, and the next step from that closing down of the human heart and mind is to blame others who have opened up.

The sick kind of religious mentality must construct not only a comfort zone, but eventually a fortress, for the comfort zone is never comfortable and safe enough, and once they construct the fortress they are still not safe enough inside, so they must soon find an enemy on the outside, and if there is no clear enemy they soon create one.

This is the aspect of religion which drives me wild with anger and fear. Their obsession with “being right” has made them use religion for exactly the opposite purpose of God’s intention. Religion was meant to be a trampoline. They’ve turned it into an easy chair. It was supposed to launch them into life and they’ve used it to lock themselves into a cage. It was supposed to propel them into the adventure of the abundant life and they’ve used it to narrow everything down into a life that is an ever decreasing downward spiral.

Good Lord deliver us from being right, “and even on a Sunday may I be wrong for whenever men are right they are not young.”