Why I Pray to Mary

Why I Pray to Mary 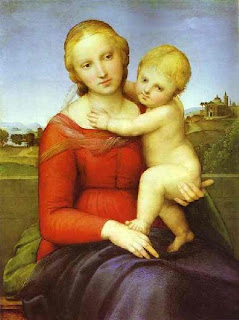 When Protestants hear that I went to Bob Jones University, but am now a Catholic (after they pick up their jaw from the floor) they ask me whether I “really believe all that Catholic stuff.”

What they mean is that they think maybe I became a Catholic because I like stained glass windows and organ music and lighting candles and all that stuff. Or maybe I became a Catholic because I’m rebelling against BJU (wot at my age?) or that I had some sort of weird fizz pop in my brain that made me do something crazy, and that they hope it is nothing more than an eccentricity like if I had taken an interest in Native American folklore and started attending pow wows with a full feather head dress.

They could probably accept all that with a shake of the head and, “Well, he did go off and live in England for twenty five years, and that was sort of dumb to start with…I mean they don’t even have good dentists in England!” But what really rocks the boat is when they ask in a conspiratorial whisper (as they look over their shoulders to see if anyone might over hear them) “Do you really pray to Mary?”

I’ve stopped beating around the bush and say, “Why sure I pray to Mary!” Then I explain that by ‘pray’ I mean I ask her for something. I don’t worship Mary or adore Mary. But I ask her to pray with me and for me. I pray to Mary because in my experience she really is close to Jesus. There’s a bond between them which is just as close and real and intimate as the bond between any mother and her child.

If it is a female I’m talking to and I know they are a mother I say, “You know you have a bond with your children that nobody else can really understand. Isn’t that true?” They almost always nod knowingly. “Well, it’s the same between Mary and Jesus, but even more so because she was a perfect mother and he was a perfect son.”

“Whaddya mean perfect??” The Bible says “All have sinned and fallen short of the glory of God.” Mary was a sinner too. “Well, technically that’s right. But she was a redeemed sinner. By virtue of her son’s death on the cross, we believe God saved her from original sin, and preserved her from sin ever after that. That’s why we think she’s perfect–not perfect like Jesus is perfect–because he is the Son of God–but perfect like we will be perfect one day–perfectly restored, healed and forgiven.”

“So you really pray to Mary? But she’s not God.”

“That’s right, and we don’t believe she’s God either. That would be a blasphemy. We do believe that she is the highest of all created beings though. See, she was the Mother of God.”

“Looky here. God does not have a Mother.”

“You’re right again. That’s what we believe too. God the Father does not have a Mother, but God the Son does, doesn’t he? You do believe that Jesus is God in human form don’t you?”

“Well, Mary was his mother right?”

“Not really. I’m just explaining what we really believe. So if she is so close to Jesus, then we ask her to pray for us. See, when you think about it, you wouldn’t have Jesus without Mary would you?”

“Not really. I just mean that historically you never could have had Jesus without Mary, so why do you Protestants think you can have Jesus without Mary now? We Catholics wonder why you all get so hung up on this. Jesus said, “Behold your Mother.” Why are you so hard hearted? Don’t you love your Mother? See, praying to Mary is also just a way to spend time with my Mother.”

“Listen, do you want a piece of pie? Let me get you a piece of this cherry pie right here that Aunt Sally made. It is so good…”