Why is Christianity is the Best Religion?

Why is Christianity is the Best Religion? 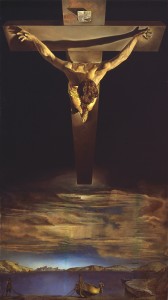 I know. I know. This is not really politically correct.

You’re supposed to pretend that all religions are equal. The comparative religions professor (who has comparatively no religion) teaches that all religions are human inventions based on interesting and unique historical circumstances and cultures. The theory is that religions developed from animism when cavemen grunted at the sun, moon and stars and made up stories about the people who lived there. Then these stories became myths and they started making sacrifices to the sky people and then they made more stories and eventually they added rules and so all the different religions just developed.

Like most heresies it is a half truth, and like most half truths, it is more believable than the full truth. The full truth is always incredible at first glance and yet completely credible on deeper examination.

Are all religions equal? If you have one of those posters with a sunset and a slogan that says, “We are all climbing the same mountain but by different paths” then you might draw the sentimental conclusion that all religions are equal.

But they’re not. Think it through for a moment. Is Judaism with its rituals, rules and regulations equal to the Aztec religion with genocidal human sacrifice? I don’t think so. Is Hinduism with its ornate mythos, ancient rituals and fascinatingly populated pantheon of gods equal to Jehovah’s Witness? Is Islamic Wahhabism equal to American Episcopalianism?

Before I explain why I should say what I’m NOT arguing. I’m not arguing that Christians are the best people. We’ve got some pretty great accomplishments in our history, but we’ve got our share of stinkers too. Christians are hypocrites and sinners just like everybody else.  I’m not arguing here for how brilliantly the religion has been lived out, but how brilliant the religion is. Chesterton (as usual) was right, “Christianity has not been tried and found wanting. It has not been tried.”

I am writing this on Good Friday, and to put it very simply, Christianity is a superior religion because of Good Friday. Continue Reading