Why Sado Masochism Is Going to Be Huge

Why Sado Masochism Is Going to Be Huge 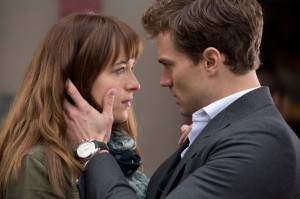 The Couple from Fifty Shades of Grey

I held back from writing about Fifty Shades of Grey because I hadn’t read the book or seen the movie and don’ t want to.

I didn’t want to give yet more publicity for something which decent people should hardly be aware of.

This is the stuff of dark dungeons of desire, and not M&S is mainstream. Not only mainstream, but huge

On 1 August 2012, Amazon UK announced that it had sold more copies of Fifty Shades of Grey than it had the entire Harry Potter series combined, making E. L. James its best-selling author, replacing J. K. Rowling, though worldwide the Harry Potter series sold more than 450 million copies compared to Fifty Shades of Grey‘s sales of 60 million copies.[19] It was number one on USA Today‘s best-selling books list for twenty weeks in a row, breaking a previous record of 16 weeks set by In the Kitchen with Rosie: Oprah’s Favorite Recipes by Rosie Daley and The Hunger Games by Suzanne Collins.

It has become huge with the barest of protests from the feminists despite the fact that sado masochism invariably targets women for abuse.

Furthermore, be prepared for a tidal wave of more sad-masochism. This will not simply be a response to the huge success of the trashy novel and film, the phenomenon is a symptom of a deeper sickness in our society.

Here it is: for fifty years now we have indulged in free sex. Artificial contraception and abortion have allowed us to believe that sex is about recreation not procreation. The pornography explosion and lack of all sexual inhibitions has brought about a new attitude not only to sex, but to the human person.

What do we do with a sex toy? Gain a fleeting pleasure then toss it aside.