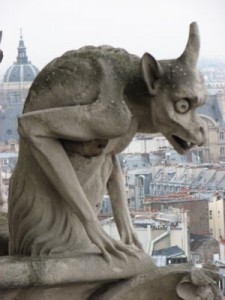 It seems appropriate during the disgusting hype over Fifty Shades of Grey.

Slubgrip has ‘asked’ me to write to you about the temptation of females. Lord below! As if I haven’t got enough to do without wasting my time trying to school  pipsqueaks like you in stuff you should have mastered in basic training. If you had read my manual Vanity and Vixens (which Knobby still has in the syllabus)  I wouldn’t have to take  time now to bring you up to speed. However, when Slubgrip ‘asks’ it is foolish to refuse.

It’s simple squirt. There’s no point trying to tempt females with pornography. The female of the species simply isn’t interested. They’re far too practical to care about pictures of naked people. When they see the stuff they are either disgusted, somewhat curious (that’s a very athletic position to be in!) or they are just amused and dismissive. They’ve got their own peculiar weaknesses, and it has to do not with their eyes, but with their imaginations.

The female equivalent of pornography is romance literature, soap operas, and women’s magazines. Some of our best writers work in this area. The reason women are not attracted to pictures of sexual activity is because they are more interested in the relationship than the sex. If we can get the female to see relationships from our point of view, then we have won. The best way to do this is for them to imagine the sort of relationships we want. Once they have dreamed of romance, they will try to find it in real life. Soap operas, romance literature and women’s magazines are our most important tools.

You see, the females identify with the heroines of the romance stories. All we have to do is make sure the heroine behaves the way we want and the females will soon follow. The ideal modern heroine is a working girl. She is glamorous, beautiful, wealthy and intelligent, and she ‘makes her own choices’ about sexual partners. Our romantic heroine is a girl with high values and standards. She will only marry the perfect man, but until he comes along she sleeps with every good looking man who comes into her life. The men are never quite the perfect prince charming. In fact, they usually let our heroine down very badly, but she bounces back and before long she’s in the sack with another fellow and life is beautiful again. Our heroine is a female knight errant—she’s on a wonderful and exciting quest to find love. Try to watch one of our best television shows on this: it’s called Sex in the City.

Do you see how brilliant this is Dogwart? The females are far more likely to swallow this stuff, never dreaming that there is anything wrong with it. Unlike your squalid pornography (which often even disgusts the men who look at it) no one dreams that romance novels and women’s magazines are harmful in the least. Furthermore, most men are unlikely to act on the sexual fantasies you tempt them with. With the females the opposite is true. They are very likely to swallow the romance hook line and sinker and fall for the first cad who comes along with a sweet pick up line. They’ll go home with him, go the whole way and wake up the next morning.  He’ll think she was a common slut, but she imagines that she is a glamorous, honest and courageous modern woman who ‘makes her own choices’ sexually.

The whole game is far superior to your crude escapades you little runt. Not only do we have a whole generation of women locked into the lifestyle we want, but they believe they are wonderful people for doing so.

A final word: don’t overlook women’s magazines and gossip columns. I try to get girls as young as twelve and thirteen to start reading these. They’re quite a brilliant invention. Our best gals down below have done a super job. The best of these publications are bright and colorful. They are filled with pictures of happy, good looking teenagers, and the pages are full of harmless chit chat about boys and school, and ‘what color flip flops are people wearing to the beach this summer?” Then we pop in an article about sex which assumes that all healthy teenagers are already engaged in full sexual activity. The article might be a cheerful discussion of contraception, abortion or sexually transmitted diseases, and the ‘write to us for advice’ page will be full of letters from girls who are asking specific questions on advanced sexual matters.

I’m happy to say that this sort of literature is freely available to women and young girls and most of the vapid bipeds don’t even blink twice at it. I have one patient who subscribes to this magazine for her twelve year old daughter because she thinks it helps the girl to ‘cope with the real world.’

Our teen and women’s magazines and all our literature is now a tidal wave of delightful material, and most of the little skirts have never imagined that it might be harmful. I know Slubgrip thinks it is common and cheap, but what do I care? It works. It keeps the ‘down escalator’ crowded, and as you and I know, our Father below does not judge on style, but results. Speaking of results, Dogwart, there are whisperings that Slubgrip is not too pleased with you at the moment.

Watch your back little fellow. Slubgrip has been around a long time. I wouldn’t be surprised if he has plans to have you for dinner, if you catch my meaning.

Go here to purchase The Gargoyle Code either in hardcopy or Kindle e-book.