Why the Episcopalians Voted for Gay Marriage

Why the Episcopalians Voted for Gay Marriage 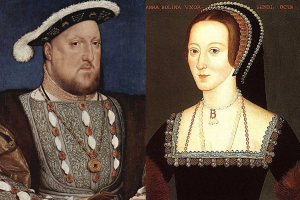 Christians who are unfamiliar with the Anglican worldview will likely be scratching their head over the vote yesterday by the Episcopal Church’s general convention to formally permit homosexual “marriage” to take place.

“How could such a thing happen in a Christian church?” you might ask.

The Episcopal Church of the USA is, of course, the American arm of the Anglican communion.

At the root of the Episcopal decision therefore goes back to the very foundation of the Anglican Church itself.

In the sixteenth century King Henry VIII wanted to get rid of his wife, Catherine of Aragon and marry his mistress Anne Boleyn. When the pope decided against his request for a decree of nullity, Henry declared himself to be head of the church in England.

It should be remembered that Henry still considered himself to be Catholic. He probably admitted the pope’s authority of spiritual and moral matters. He simply wasn’t having the pope telling him what to do in the bedroom.

The Church of England was therefore founded on one man’s “problem in the trouser department”. Of course, it was more complicated than that, there were political implications between the pope, Henry, Spain etc, and Henry did want an heir, and his desire for an annulment and his subsequent dismantling of the Catholic Church in England had huge socio economic motivations as well. Added to that was the rising power and influence of the leaders of the Protestant revolution. Nevertheless, at the bottom line, the whole thing began with Henry’s unwillingness to submit to the church’s teaching on marriage and sexuality.

Because that urge created the break with papal authority, The Church of England cut herself loose from the voice of apostolic authority and could only look for her authority to that of the monarchy, and (by extension in our day) to the state. Therefore from that time onward was a house built on sand and not on the bedrock of Peter’s authority. Continue Reading